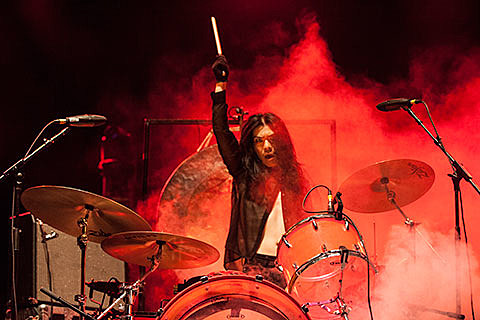 Japanese doom metal chameleons Boris have announced a new collaborative album with fellow Japanese noisemaker Merzbow. The album is called Gensho and will be released in February 2016 on Relapse. This is the third full-length collaboration between the two bands, after the 2007 live album Rock Dream and 2012's Sun Baked Snow Cave. It will be a double album, each artist contributing one disc of music, which are designed both to be played simultaneously on separate stereos or to be played individually. Boris will be "re-interpreting" old tracks, while Merxbow's half will consist of original compositions. Merzbow is no stranger to interesting collaborations lately, having released albums with Xiu Xiu and Full of Hell in the past couple of years.

Check out a live set from Boris with Merzbow below.