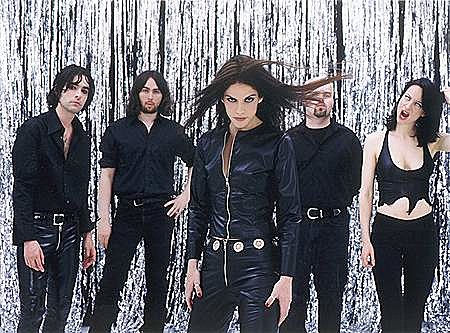 If there's one thing that ATP is good at, it's a reunion. One gaze through the ATP Nightmare Before Christmas 2008 lineup and it becomes evident that the Melvins and Mike Patton haven't let us down with the addition of Boss Hog. The Jon Spencer/Cristina Martinez (husband-wife) project (formed post-Pussy Galore and pre-Blues Explosion) will be, though technically not broken up, playing their first gig in over seven years.

A little history, courtesy the world's most accurate online encyclopedia:

Boss Hog was formed in 1989, as something of an accidental side project, when Jon and Cristina were told of a last minute vacancy on the bill at the influential New York punk club CBGB's. The pair put together a group of musicians from members of The Honeymoon Killers and Unsane, along with Kurt Wolf from Pussy Galore. The gig is reported to have been an underground sensation in New York, not least because Cristina performed the whole show naked.

The ATP gig is in Minehead on December 5th, and Boss Hog have another UK show scheduled for December 8th at The Luminaire in London (tickets here, overseas folk), BUT FIRST, Boss Hog will play a show at Maxwell's in Hoboken on December 3rd (tickets are on sale), and we also hear they may be playing a BUST magazine (holiday?) party at Bowery Ballroom in NYC on December 17th.

Jon Spencer has also been keeping busy lately with his band Heavy Trash. They played a few NYC shows back in August. We're not sure what else Christina is up to. All Boss Hog dates and a video below...