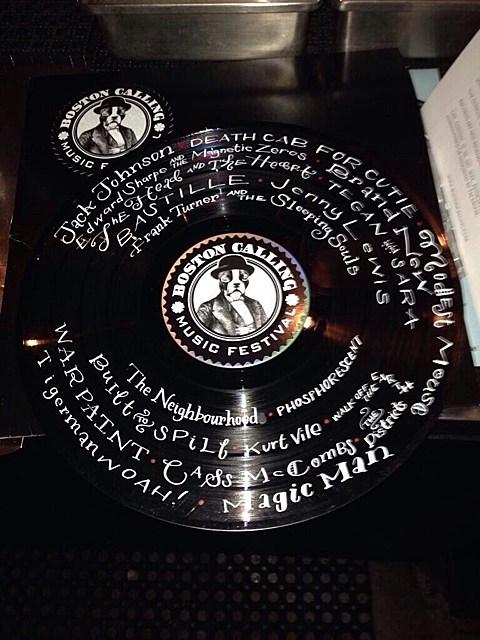 After spring and fall installments of the Boston Calling Music Festival in 2013, it's been announced that the fest will return again this spring, expanding from 2 to 3 days. It happens from May 23-25 at City Hall Plaza, and though the lineup hasn't been officially announced, the people behind the fest hid 10 vinyls with the lineup printed on it for a Twitter contest. Consequence of Sound points to one of those pictures (above), revealing that artists playing include Death Cab for Cutie, Modest Mouse, Brand New, The Head and the Heart, Tegan & Sara, Jenny Lewis, Frank Turner, Phosphorescent, Built to Spill, Kurt Vile, Warpaint, Cass McCombs and others, not to mention festival favorite JACK JOHNSON. Tickets will be on sale Friday (1/31) at 10 AM via the festival's website.