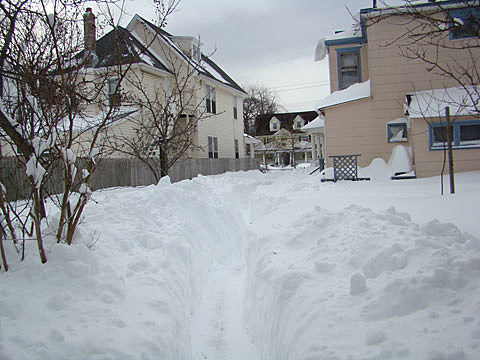 Tonight/Tuesday's Bouncing Souls "Home for the Holidays" show at The Stone Pony is officially cancelled. As of 1:30pm the band says, "STAY TUNED FOR CONTINGENCY PLANS!". Monday's show was also cancelled, and Sunday's was postponed (with new openers) until Thursday.

UPDATE: All Bouncing Souls shows have been postponed.

As previously mentioned, Lauryn Hill ended up postponing Monday night's Highline Ballroom show until February 1st, but Bowery Presents assures me that the show scheduled to take place tonight (12/28) at Music Hall of Williamsburg is still happening. All Lauryn dates, including the Wellmont Theater one that is still on sale, HERE.

As also previously mentioned, Estelle's show at Best Buy Theater is cancelled, but I think it was cancelled before it snowed, and tonight's Jaguar Stone show at SOB's has been postponed.

Lady Lamb the Beekeeper has cancelled her show at Rockwood Music Hall tonight due to illness.

A list of shows that are happening tonight/Tuesday, HERE.

Please list any other snow-related cancellations or postponements in the comments.