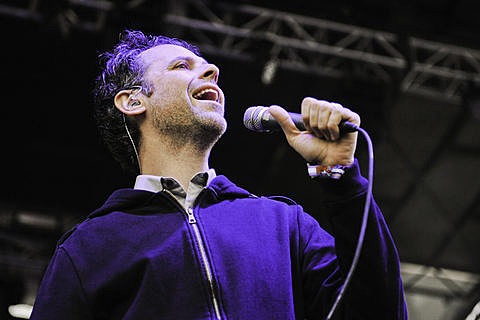 Jersey punks Bouncing Souls, who released their new album, Comet, over the summer, have already played New York and New Jersey a bunch this year, but there are still more chances to catch them in the area. The band have just announced their sixth annual Home For the Holidays shows which will go down from December 26 to 29 at The Stone Pony in Asbury Park, NJ. Openers will be announced on October 25 and tickets will go on sale the next day (10/26). All dates are listed below.

As mentioned, 'Souls frontman Greg Attonito is also playing an Asbury Park show with his wife Shanti Wintergate as the children's music duo Play Date on October 20 at Asbury Lanes.

In other NYC area punk news, Crime In Stereo, who called it quits back in 2010, have announced via facebook that "two years was long enough" and they plan to return to recording and releasing new music. They also announced that they'll play one show in 2012 and it happens in NYC on November 24 at Gramercy Theatre with I Am the Avalanche. Tickets for that show go on sale Friday (10/5) at noon.

In more NYC/NJ area punk news, Geoff Rickly of Thursday and Zena Rd (aka Garrett Klahn of Texas is the Reason) are teaming up (not the first time this year Geoff has teamed with a member of TITR) for a tour of people's houses in the Northeast (that's been big lately too). The tour is with The Black Numbers and Fred Mascherino and you can head to The Black Numbers' website for more details and to request hosting a show in your house. Once all the dates and cities are figured out, the tour announcement and ticket info will be revealed.

As mentioned, Texas is the Reason play two NYC shows this month.

A list of all Bouncing Souls dates and a stream of the opening track on Comet are below.