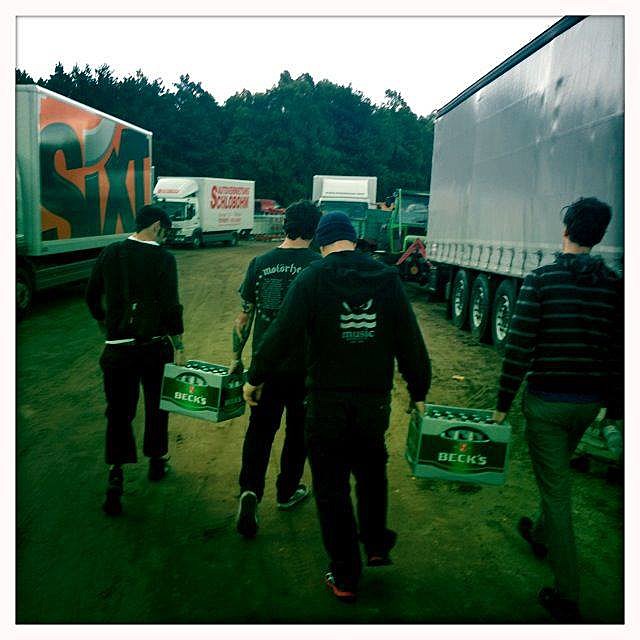 New Brunswick, NJ punk rockers The Bouncing Souls are about to celebrate their 25th anniversary as a band, a band who has managed to retain almost all of its original members. The only lineup change in their lifetime, before yesterday, was when drummer Michael McDermott (Skinnerbox, Mephiskapheles, Murphy's Law) replaced original drummer Shal Khichi in 1999. Then yesterday this happened:

Our brother and band mate Michael Mcdermott has decided to leave the band to pursue other musical interests. It has been an amazing 13 and a half years. We love you and wish you all the best! Here's to the memories!
We don't know what's next (we never have!) but we know its gonna be rad! Onto the future! - Bouncing Souls

Sad news for the band who are meanwhile in the middle of a tour that has them in the Czech Republic tonight (6/26). It's unclear who is playing drums for them this week (Michael's final shows?).

Their next U.S. gig is July 26th at Pier 26 in NYC when they open for Gaslight Anthem who also play Pier 26 on July 28 and a free show at Irving Plaza on the day in between.

By that time Rise Records will have released the new Rise 200 Clear 5 LP Box Set which features a track by the Souls, but also many more (aka you probably won't want to be picking that one up).