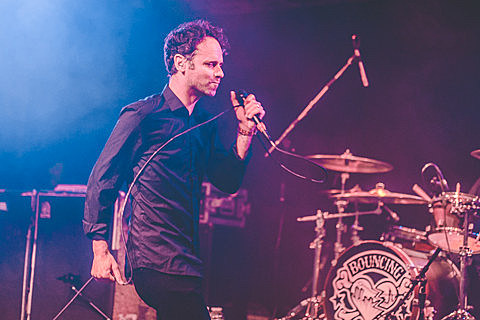 NJ punk heroes The Bouncing Souls already had their 25th anniversary celebration in NJ this year and now they've announced another cool thing happening there. On September 11, they'll play the long-running and very small venue Court Tavern in their hometown of New Brunswick, which they first played in 1990. It's a Red Bull Sound Select show, and opening is NJ's The Scandals (who have opened an RBSS show for The Gaslight Anthem) and Seattle's Tacocat who play NYC with Shannon & the Clams the next night. Like most RBSS shows, tickets are $3 at the door if you RSVP, and otherwise $10 at the door.

The last time the Souls may have played Court Taven was 2007 when they teamed up with fellow old Jersey punks Lifetime for a short co-headlining tour. Lifetime are still at it too, and you can catch them in NJ on October 11 with Mouthpiece, Spraynard and Lemuria.

The Souls have a few other dates, including Riot Fest Chicago and Denver. All are listed below...