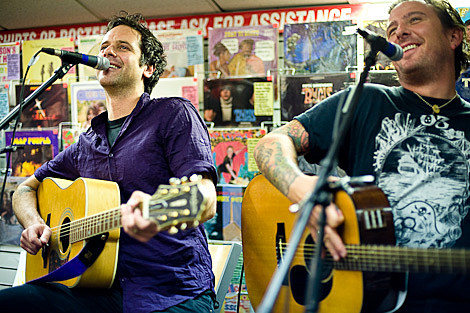 Not far from the party going on inside Fat Beats, the West Village's Generation Records was having a Record Store Day (4/18) event of its own with NJ punk band The Bouncing Souls. Starting at 2pm, the band played a 90+ minute set, taking requests from fans and covering a lot of other people's tunes including Bruce Springsteen's "Growing Up" and "Hungry Heart'", T.S.O.L.'s "Dance With Me" and the Cure's "Just Like Heaven." The show was lighthearted - there were a lot of false starts, forgotten lyrics and mess-ups but the band and the audience both embraced it as part of the fun. A fan in the front row was enlisted as an ad-hoc drummer, beating along on the stage.

...you [had] to purchase the band's new "Vol.1" 7-inch from us on the day of the show. [They started] selling the 7-inch about an hour before the performance and entry [was based] on a first-come, first-serve basis. The 7-inch cost $5.

While there, customers could also purchase some of the limited edition Record Store Day records that were created by many artists and labels just for the holiday. 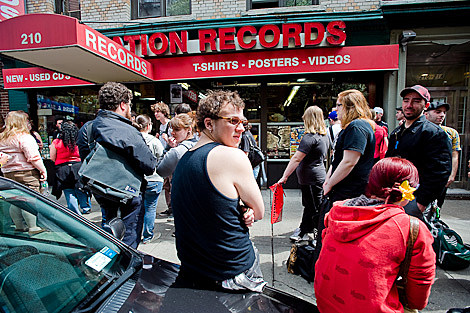 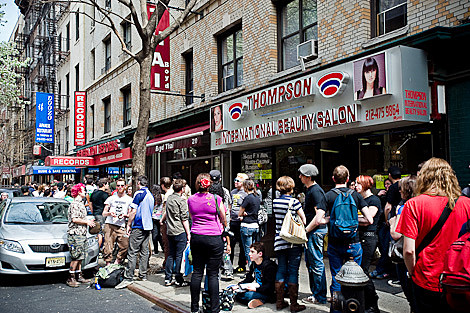 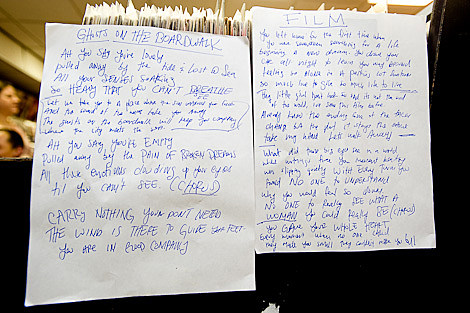 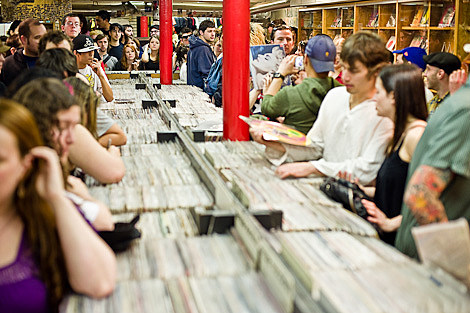 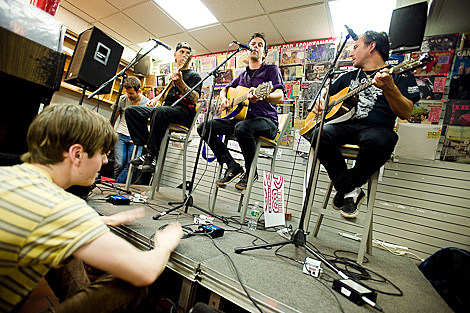 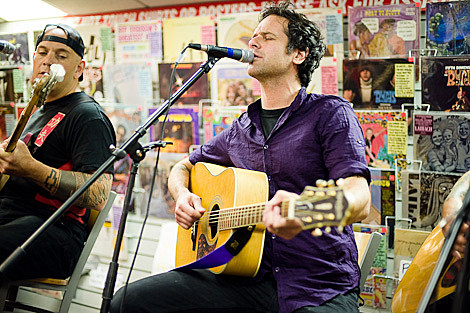 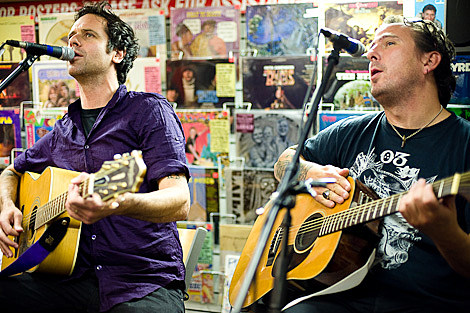 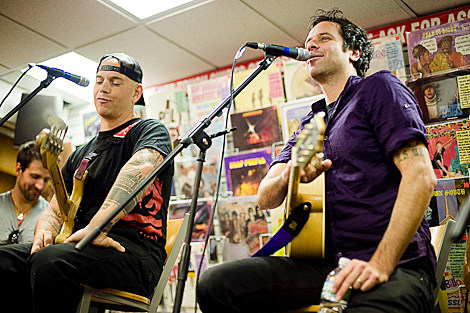 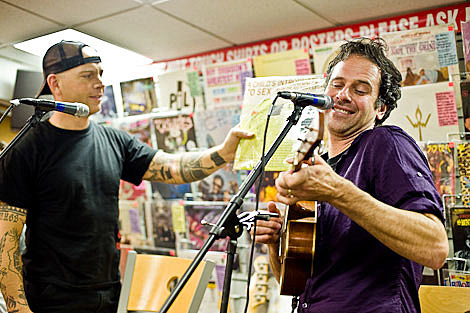 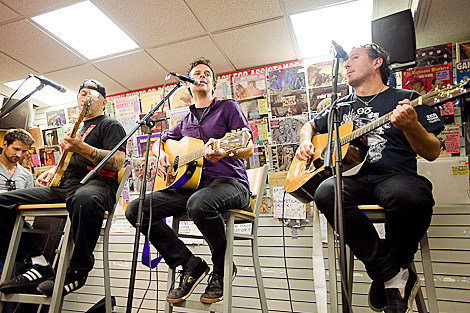 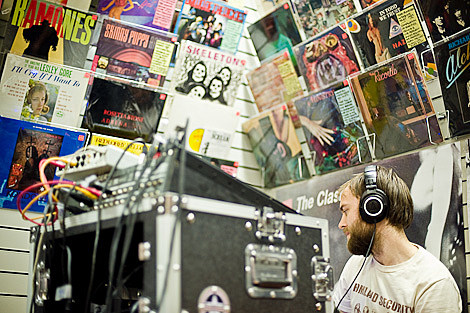 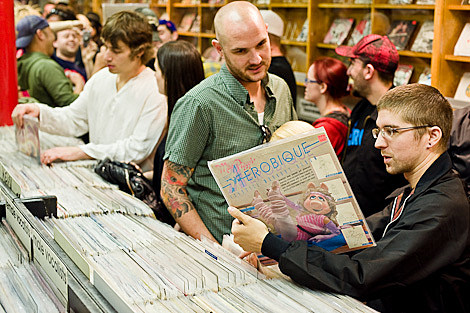