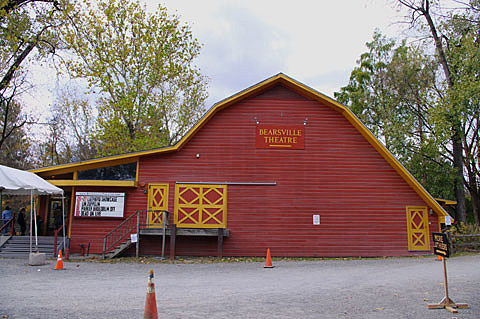 NYC-based concert promoters Bowery Presents have expanded their reach with the addition of Woodstock's Bearsville Theater to their roster. The press release reads:

This exclusive collaboration will continue a long tradition of bringing new and established nationally touring artists to the Theater. "My partner Jim Glancy and I have talked over the years about opening a venue upstate someday; after meeting Nicolas and hearing his vision for Woodstock Commune and how the Theater fits into this, we felt the stars had aligned. We are very excited to carry on what Albert Grossman started in the '60's with Dylan, The Band, Janis Joplin and so many others who made pilgrimages to Woodstock." said John Moore, partner at Bowery Presents.

The Theater and Bowery will be presenting year-round entertainment, including local, national and international talent, working together to restore the Theater to its historic place in the music scene. "We are so excited to partner with Bowery Presents, which plays such an important role in the independent music scene." says partner/Operator Nicolas Geeraerts. "The collaboration is part of a larger revitalization of the property, which not only includes the Theater, but also the historic Bear Café and hip newcomer Commune Saloon with its large bluestone patio."

No Bowery-booked shows have been announced yet, though the venue is open and operating with self-booked shows.

Jeff Mangum played there in 2011. Andrew Bird played there even more recently. Video of that can be watched below.