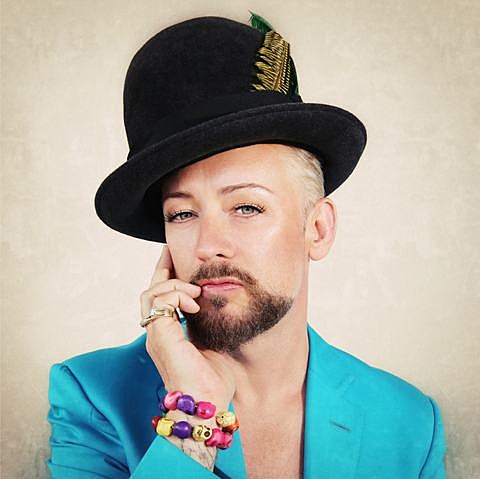 The one and only Boy George is back with a new solo album, This is What I Do, which is out March 25. Says George of the new record:

I wanted to make a baggy album, not overproduced, and I think I have achieved it. I was listening to things like 'Beast Of Burden' by The Stones, and I had my head most definitely in the 70's... I was also writing from a happy place. This time, no ex-lovers to get revenge on.

Two singles have already been released from it -- "King of Everything" and "My God" -- and you can watch the videos for both below.

Boy George will tour North America in April, including a NYC stop at Irving Plaza on 4/22. Tickets for the NYC date go on Citi Cardmember presale today (2/13) at 10 AM and will be available to the general public on Friday (2/14) at 10 AM.

All tour dates are listed, along with the videos, below...

Boy George - King of Everything