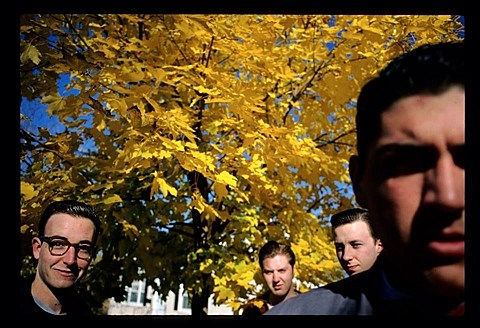 Earlier this year, Kansas City emo veterans Boys Life announced that they signed to Topshelf to reissue 1996's great Deparatures and Landfalls (due August 14) and will play a hometown show in October. A full reunion tour still hasn't been announced, but now we know they're also going to play NYC!

Their show here happens October 21 at Music Hall of Williamsburg, and support comes from another emo vet, The Anniversary's Josh Berwanger. (He'll be playing with his new non-emo solo band though.) Tickets go on sale Friday (6/26) at noon with an AmEx presale starting Wednesday (6/24) at noon.

UPDATE: It's a full tour that also includes a Chicago show with The City on Film, and more. All dates are listed, with a stream of Departures and Landfalls, below...