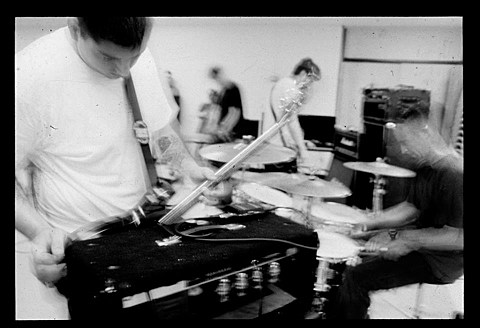 Christie Front Drive reunited a few years back, and now it looks like the other half of this classic split may be getting back together too. Washed Up Emo points to Boys Life's Facebook page, where the defunct '90s emo band has been posting cryptic updates including, "Stay tuned, something wonderful is going to happen." Another tweet from Washed Up Emo seems to confirm they've reformed, but no shows have been announced yet. Stay tuned for more updates, and let's hope they play NYC!

UPDATE 2: They are in fact reuniting! Only one show is announced so far -- a hometown show in October with Giants Chair (tickets) -- but fingers crossed that they add more.

Revisit the Christie Front Drive/Boys Life split, as well as a stream of Departures and Landfalls, below...