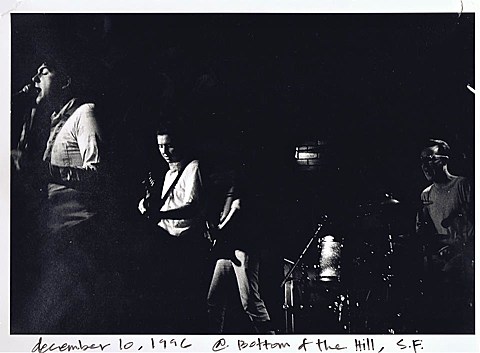 Short-lived but influential '90s emo band Boys Life reunited this year and signed to Topshelf for a reissue of their 1996 album, Departures and Landfalls. The reissued album is out now and includes three previously unreleased songs. You can pick up a copy here.

As previously mentioned, the band is also going on a tour, which includes a few shows with other veteran emo musicians. One of those is Chicago's Bottom Lounge on 10/17 with Bob Nanna's band The City on Film and another is NYC's Music Hall of Williamsburg on 10/21 with The Anniversary's Josh Berwanger. We're giving away tickets to both of those shows. Enter below.

In other Topshelf news, the label announced its annual FREE CMJ showcase, for October 15 at Shea Stadium. The lineup looks like this:

You can listen to a Soundcloud playlist Topshelf put together of the lineup (along with a separate album stream from Clique, since they aren't on Soundcloud), below...