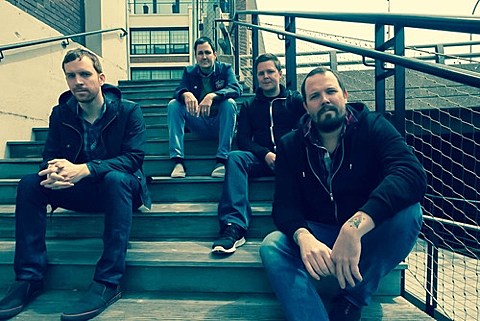 Last week, we mentioned that The Jazz June are reuniting and will play the official Topshelf Records CMJ showcase with three younger likeminded bands, Caravels, Have Mercy, and Enemines, and one more TBA. Well it turns out that the TBA band is yet another reunited veteran emo band: Braid. Tickets for that show are still available. Updated show flyer below.

Braid have also announced that they'll be releasing a new full length record on Topshelf in 2014, their first since 1998's Frame & Canvas and the followup to their 2011 reunion EP, Closer to Closed, which came out on Polyvinyl. The band and label have also expressed a mutual appreciation for each other, with the Topshelf co-founder Kevin Duquette writing:

I first heard about this band from a cassette mix tape my friend Greg made for a girl at his church camp over a decade ago. He somehow never managed to give her the tape so he gave it to me instead. My old '94 Dodge Ram van's cassette player long ago ate up that tape, but the band has been a mainstay for both Seth and I ever since. We. Love. This. Band.

We're fans of all of the bands on Topshelf's roster and love the spirit with which Seth and Kevin run the label. It feels great to be a part of such an energetic and youthful movement - one that is happening right now.

Besides CMJ, Braid have a few other live appearances scheduled for this year, including a Chicago show and Gainesville's The Fest. All dates are listed, along with some recent live videos, below... 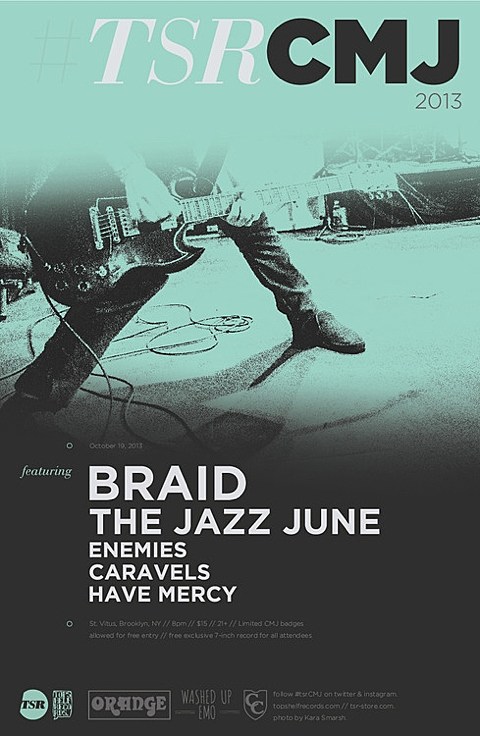