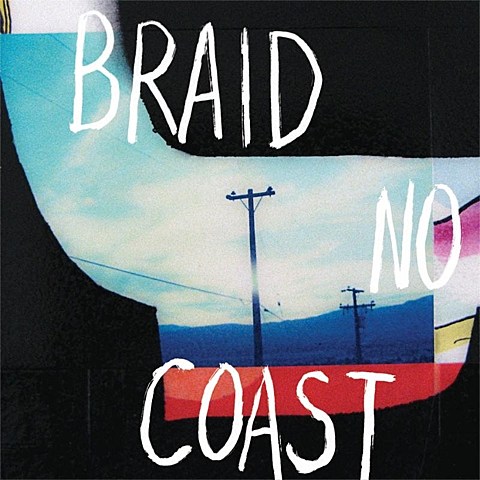 Legendary '90s emo band Braid will finally release their first full length in 16 years, No Coast, next week (7/8) via Topshelf, and the band have now made it available to stream on NPR. Reunion records can often go very wrong (see Pixies, Black Flag), but No Coast is sounding pretty damn good for any band, let alone one who hasn't written a record together in over a decade (they did put out an EP in 2011). If you long for the Braid of old, some of that is here, hints of post-Braid band Hey Mercedes show up too, and if you're new to Braid but are a fan of the countless newer bands they've influenced, this sounds as fresh and inspired as those too. Check it out here.

The week of the release, there will be an official release party in NYC on July 10 at Idle Hands (25 Ave B). It's one of Washed Up Emo's Emo Nights, which means they'll be spinning old school emo all night. 8PM start, no cover.

Later in the month, Braid will bring their tour with A Great Big Pile of Leaves and Marietta to NYC on July 26 at Music Hall of Williamsburg. Tickets for that show are still available.

After the MHOW show, co-lead singers Bob Nanna and Chris Broach will be DJing an afterparty in Brooklyn (location TBA), and it's rumored to be Washed Up Emo's first Emo Night in Brooklyn. Stay tuned for more.

Stream two tracks from No Coast below...