Braid in Chicago in June (more by Jeff Ryan) 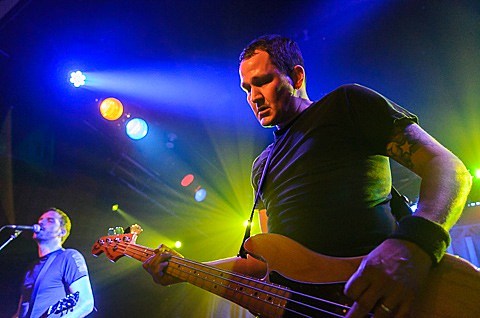 Braid's excellent reunion album, No Coast is out now and the band will soon bring their tour with A Great Big Pile of Leaves and Marietta to NYC's Music Hall of Williamsburg (7/26). Tickets for that show are still available, and we're also giving away a pair. Details on how to enter to win are below.

We already mentioned that co-lead singers Bob Nanna and Chris Broach would be DJing an afterparty in Brooklyn, and it's since been announced that the party will happen down the block at Cameo. As rumored, the party is also Washed Up Emo's first Emo Night in Brooklyn (they were all previously at EV bar Idle Hands).

Contest details for MHOW, with No Coast standout "East End Hollows," below...