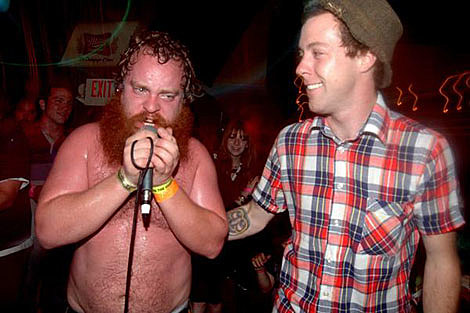 The sound that Virginia's Brainworms have become notorious for is definitely different... Brainworms have always embraced the style of hardcore that was made popular by groups like Split Lip and Grade. All of the group's discography bleeds of a melodic hardcore influence, but the fact is they hardly ever sound that clean or restrained. Whether it is punk, hardcore, or even indie rock, Brainworms are able to spew a dissonant yet catchy mix of numerous genres. -[Sputnik]

Richmond punks Brainworms are notoriously unrestrained live, and you can catch the crew with Capsule as the pair hit the road for a gang of East Coast dates in middle March. The tour includes THREE NYC dates: Cake Shop on 3/17, ABC no Rio on 3/20, and a third TBD show also on 3/20. Full tour dates are below.