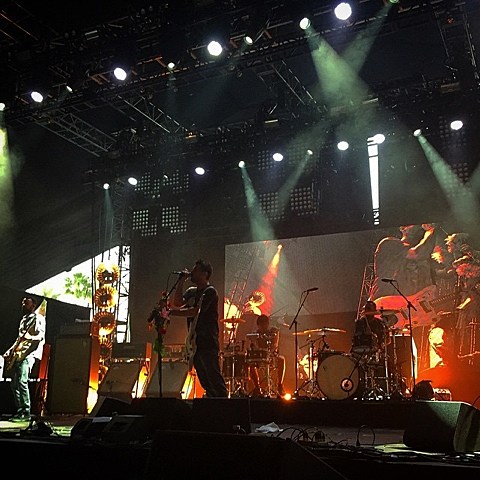 Brand New have been talking about new material for a while now, and after debuting it live last week, the band now released their first new single since 2009's Daisy, "Mene." It sounds like they haven't lost the raw aggression of their two most recent albums, which is a very good thing, and it's also the fastest song they've written in a while. Let's hope this means a new album is coming soon too. Meanwhile, watch the video for "Mene" below and download the song for free here.

Brand New is over on the West Coast as we speak, having just played Coachella this past weekend, and they have a few club dates (including one with Built to Spill and Desparecidos) this week before playing Coachella again this weekend.

Updated list of dates and the new song stream below...