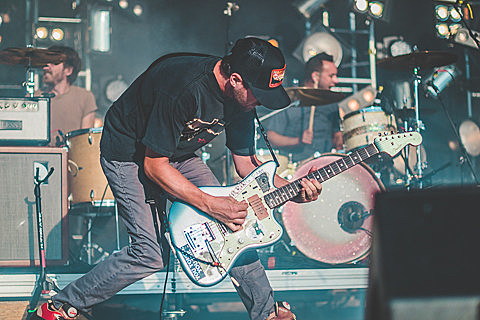 Brand New have been talking about releasing their long-awaited fifth album for some time now, but there's a new update and this one feels like the real deal. Procrastinate! Music Traitors, the label that the band runs (that they just released their 2006 demos on) sent out a new email that lists three upcoming releases for 2016: an album by Greater Pyrenees, an album by Kevin Devine & the Goddamn Band, and an album by Brand New. The former two are set to come out on LP, and the Brand New release is listed as "unconfirmed format." Check out the whole email below.

Earlier this week, Brand New announced a co-headlining tour with Modest Mouse that hits NYC on July 14 at Madison Square Garden. There were a few presales (including a BrooklynVegan presale), and the general sale this morning seemed to sell out almost instantly, but at some point tickets became available again. 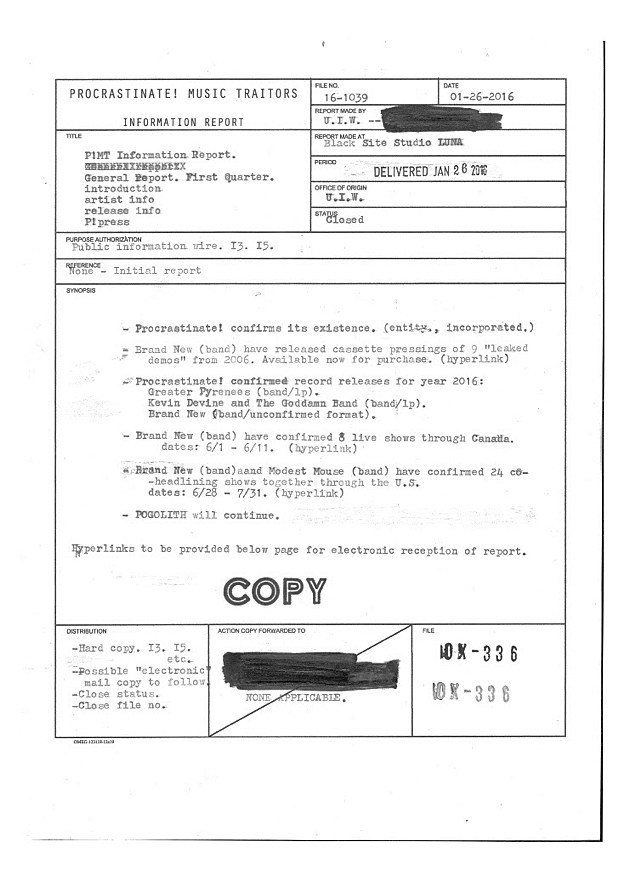