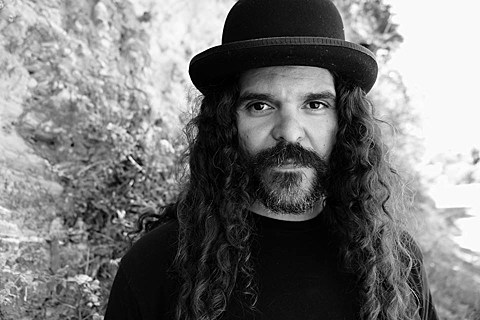 Kyuss drummer Brant Bjork has been involved in a handful of projects since the breakup of that band, the most recent being Brant Bjork and the Low Desert Punk Band. They put out their debut album, Black Power Flower, on Napalm Records not long ago, and have since made a video for its song "Boogie Woogie On Your Brain," which premieres in this post. Watch below.

The band toured last year with Corrosion of Conformity, Bl'ast! and Lord Dying, and this month they'll play both weekends of Coachella before heading to Europe for a tour there. All dates are listed below.

In related news, Brant's former Kyuss bandmates John Garcia and Nick Oliveri both play on the new Luna Sol album, the project of David Angstrom who played with John Garcia in Hermano.