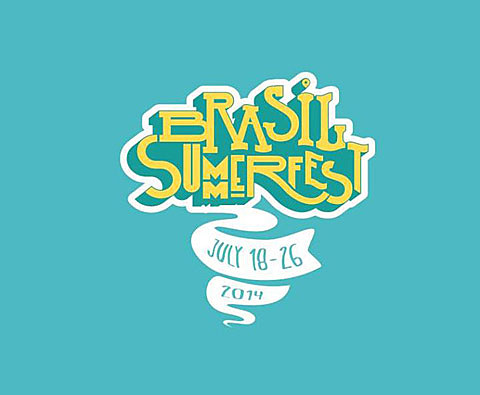 The 2014 World Cup is over but for those in NYC who want to keep some of it's locale's spirit can do so via the Brasil Summerfest which is currently underway and runs through July 26. Tonight (7/21) you have two chances to see singer Baby Do Brasil. She's playing a free after-work show at South Street Seaport and will later play The Blue Note (tickets). Then later tonight Tutu Morales and Francois K will DJ at Cielo (10 PM doors).

Tuesday (7/22) at Le Poisson Rouge it's the previously discussed Arto Lindsay show with Zs and Bigyuki (tickets). Also that day you can catch samba/reggae singer Rogê who plays a free show at Hudson Square Music & Wine Fest at City Winery.

The rest of the lineup includes DJ Sany Pitbul and MC Junior at Lincoln Center Out of Doors on Thursday (7/24, free); and electronic act Baianasystem on Saturday (7/26) at Joe's Pub (tickets). Brasil Summerfest comes to a close with the Baile Funk Closing Party which happens Saturday at Glasslands with DJ Sany Pitbull, MC Junior, and Zuzuka Poderosa with Nego Mozambiqu (tickets).