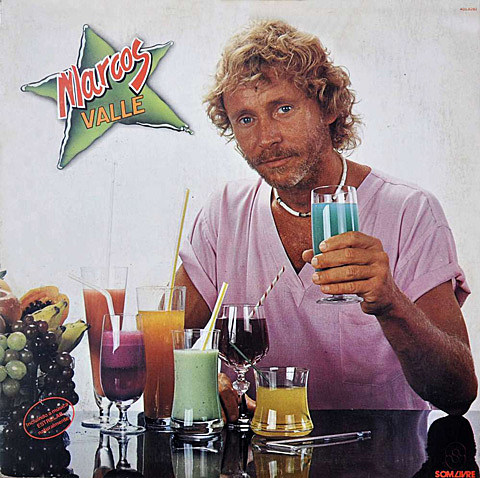 If you watched the 2014 World Cup, chances are you saw a Southern Comfort commercial titled "Dance" which featured multiple versions of actor Onosky Ujorha boogieing to Marcus Valle's 1983 tropicalia/disco single "Estrellar." And maybe you, like I did, became a little obsessed with "Estrellar" and went on Discogs wanting to buy Valle's self-titled album the song is from (that's it above), only to learn it fetches for $100 on vinyl. Maybe that was just me. If you missed that commercial or that song, videos for both (and some other songs to check out) are below.

Valle, who's been a big name in the Brazilian music scene since the early '60s, is in NYC this week playing NYC's Birdland tonight through Saturday (May 27 - 30). The show, titled "Bossabrasil," is with Carlos Lyra and there are 8:30 PM and 11:30 PM shows each night. Tickets are on sale, though for tonight you'll need to call the box office to reserve.