I would like to apologize to the Breeders for saying they would not sell out. I was a jerk about it and am truly sorry. I also apologize to their fans I may have offended with my stupid insensitive comments. Hope you liked the show.-Anonymous 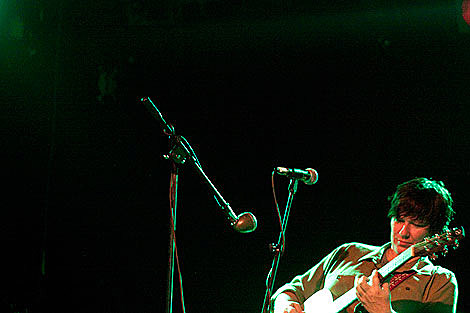 "Come one come all-I'm work shopping new introductions bare with me-Welcome to the 18th installment of the Jay Porks Never Ending concert series. Tonight brings us to the 'Sold Out' Bowery Ballroom at 6 Delancey St. in New York City. The Bowery is a venue that's been on my radar for a while, considering that the Bowery owns(or at least sponsors) most of the venues I attend for concerts in the city. Tonight the headliner, the band I'm here to see is the one, the only, THE BREEDERS." [The Jay Porks Blog]

The Breeders completed their two-night run at Bowery Ballroom in NYC last night (8/19). More on that soon.

On the horizon, Kim & Kelley Deal will be singing as part of The Long Count at BAM this fall, and Kim will be playing with her other band the Pixies, when they play NYC on their Doolittle tour this November.

Co-Pixie Frank Black recently contributed a track to New Tales To Tell: A Tribute to Love and Rockets, which came out Tuesday (Aug 18th) on Justice Records. Frank's track from that, "All in My Mind", off L&R's 1986 album Express, is posted above for your downloading pleasure. 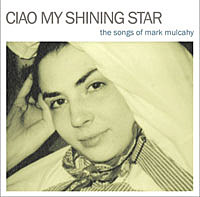 He didn't appear at the release party/show on August 18th at the Ben Sherman store in Soho, but he will be at the show for, another tribute comp, Ciao My Shining Star - The Songs of Mark Mulcahy, which happens Sunday, September 20th at the Music Hall of Williamsburg. Also appearing at the concert will be Joseph Arthur, David Berkeley and more. Non-musical guests (of sorts) include the premiere of the Thom Yorke video "All For The Best" and a reading by graphic novelist Ben Katchor. Tickets go on sale Friday, August 21st at noon.

Joseph Arthur also has a series of shows coming up at City Winery.

That Mulcahy comp also has a slightly more personal story, via FrankBlack.net...

We have some sad news from a friend of our website and of FBF, Mark Mulcahy. Some of you might recognize the name as the singer/songwriter behind Miracle Legion and Polaris [of the soundtrack to Pete & Pete among other things], both of which featured Catholics David McCafferey and Scott Boutier, or perhaps you recognize the name from the liner notes of Christmass, as Mark provided backing vocals for both "Radio Lizards" and "Don't Get Me Wrong." Or maybe, like me, you saw Mark open for the Pixies in Atlantic City in 2005. Regardless, Mark's wife recently passed away, leaving him as a single dad to two small children. Some friends and admirers, including our Frank Black Francis, have recorded some of Mark's songs for a tribute record called Ciao My Shining Star: The Songs of Mark Mulcahy.

That record comes out September 29th on Shout! Factory records, and includes contributions from The National, Thom Yorke, Michael Stipe, Dinosaur Jr., Vic Chesnutt and Elvis Perkins. In addition to the names on the tracklist, below, 20 additional cuts will be released digitally. Look for a London concert to be announced as well.

Radiohead has a new song out now (two actually).

The tracklist and art work for both tribute albums are posted below... 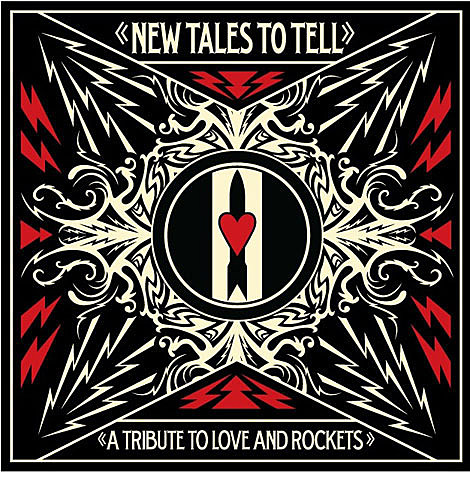 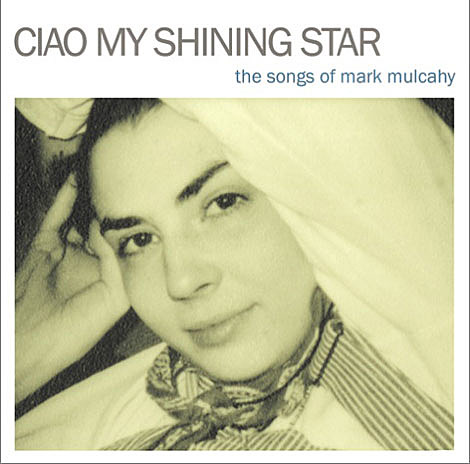 Ciao My Shining Star: The Songs of Mark Mulcahy tracklist
01 Thom Yorke: "All for the Best"
02 The National: "Ashamed of the Story I Told"
03 Michael Stipe: "Everything's Coming Undone"
04 David Berkeley: "Love's the Only Thing That Shuts Me Up"
05 Dinosaur Jr.: "The Backyard"
06 Chris Harford and Mr. Ray Neal: "Micon the Icon"
07 Frank Black: "Bill Jocko"
08 Vic Chesnutt: "Little Man"
09 Unbelievable Truth: "Ciao My Shining Star"
10 Butterflies of Love: "I Have Patience"
11 Chris Collingwood of Fountains of Wayne: "Cookie Jar"
12 Frank Turner: "The Quiet One"
13 Rocket From the Tombs: "In Pursuit of Your Happiness"
14 Ben Kweller: "Wake Up Whispering"
15 Josh Rouse: "I Woke Up in the Mayflower"
16 Autumn Defense: "Paradise"
17 Hayden: "Happy Birthday Yesterday"
18 Juliana Hatfield: "We're Not in Charleston Anymore"
19 Mercury Rev: "Sailors and Animals"
20 Elvis Perkins: "She Watches Over Me"
21 Sean Watkins: "A World Away From This One"