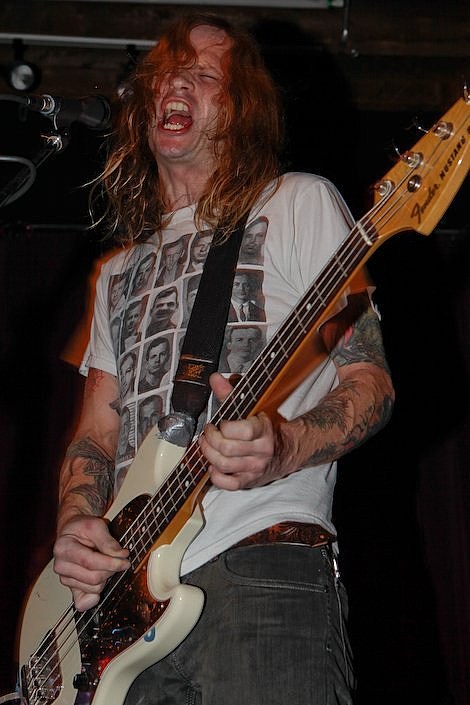 "Last night, my beloved brother, Brendan Majewski, passed away. Words will never express the sorrow I feel. i loved him more than anyone can imagine. He was brilliant, caring, & loving. The world has suffered an immeasurable loss." - Speck Brown

This sad statement comes from Speck Brown, the drumming half of sludgy Brooklyn punks Orphan. Bassist Brendan Majewski , who was previously in Quix*o*tic, was the other half, and he ripped fuzzed-out basslines to punctuate their fierce and primitive songs. R.I.P. Brendan, you will be missed.

The band released Decapitated Lovers last year and just released a split with Dope Body on Black Tent Press. Orphan was scheduled to play this Saturday (1/22) at Death By Audio with Universal Order of Armageddon, The Body, and Salvation.