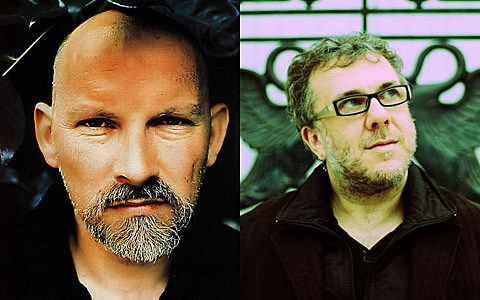 Brendan Perry and Lisa Gerrard [not pictured above] are set to commence work on a new album later this year. To coincide with the albums release in 2012, Dead Can Dance will embark upon an extensive two month world tour including dates in Asia, Australasia and South America......

No U.S. so far, but more imminently, you can catch Brendan Perry (of Dead Can Dance) & Robin Guthrie (ex-Cocteau Twins) on the road in the tail end of May during a string of North American dates, hitting both coasts and Chicago during a two-week+ jaunt. Those dates include May 31st at Irving Plaza, and tickets are on sale. All dates are listed below.

The shows mark Perry's first U.S. appearances since playing with Dead Can Dance in 2005, and Guthrie's first US outing since a 2009 showing at ATP New York (where he ruled). Both are welcoming a new LP. Perry's new album Ark is due via The End on May 24th, and Guthrie's new LP Emeralds is due on May 12th via Darla.