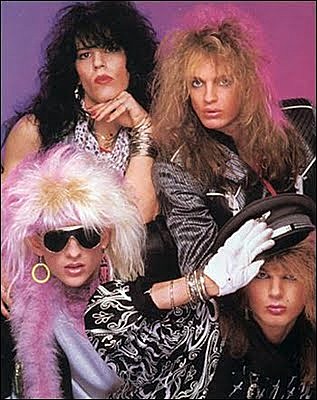 "Bret Michaels is in critical condition suffering from a brain hemorrhage, his publicist said Friday.

Joann Mignano, Michaels' New York-based publicist, confirmed a report on People magazine's website that said the former Poison frontman was rushed to intensive care late Thursday after a severe headache. The report said doctors discovered bleeding at the base of his brain stem.

Mignano said tests are being conducted but did not know where he was being treated.

The 47-year-old glam-rock reality TV star had an emergency appendectomy at a private care facility for diabetics last week after complaining of stomach pains before he was scheduled to perform at Sea World in San Antonio, Texas. Michaels later wrote on his website that though the surgery "has taken its toll," doctors expected him to make a full recovery." [AP]

TMZ says he "is awake, in good spirits and talking", so that's good.