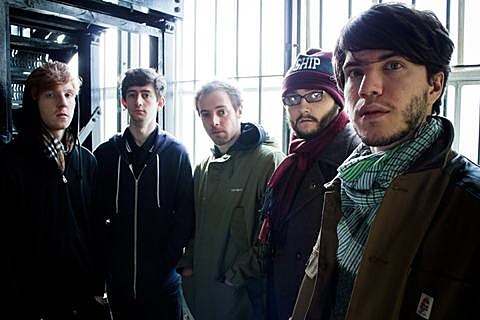 Bad news, good news time for fans of UK quintet Breton. The band, whose new album is out in February, were supposed to play Montreal and NYC next week (Glasslands on 12/13). Unfortunately due to Visa Issues the band are going to have to postpone their trip. It's a bummer, as Breton's new album, War Stories, is a considerable step-up from their first LP. The band are coming back for SXSW in March so hopefully they'll make a pitstop in NYC on their way to or from.

On the plus side, Breton had made an exclusive mix for BrooklynVegan for their trip next week. While the shows aren't happening, you can listen to the mix -- featuring  Mount Kimbie, Nicolas Jaar, No Regular Play, Samiyam, Beacon, and more -- below.