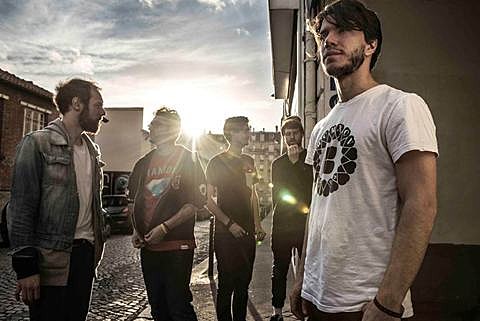 UK dancerock outfit Breton will release their second album, War Stories, in February. Two singles have been released off it so far: the pulsing "Got Well Soon" (shades of Hot Chip, in a good way), and the brand new "Envy" which is a little more in line with the angular sounds of their first album. You can watch the video for "Got Well Soon" and stream "Envy" below.

The band are making a quick visit to North America next month, with one show each in NYC and Montreal. Breton play Brooklyn's Glasslands on December 13 with Glass Gang. Tickets are on sale now.

Dates are listed, along with stream and video, below...