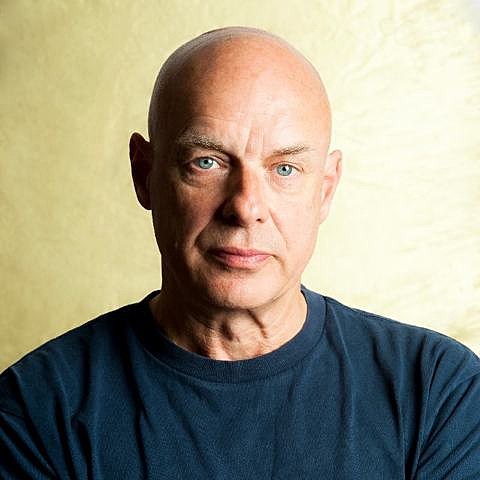 The Red Bull Music Academy is coming to NYC from April 28 to May 31 which will include over 30 events ranging from live concerts and club nights to A/V installations, film screenings and public conversations with big names. Some of those names were recently announced. Details are not complete and tickets to all the shows below go on sale Monday, March 4 at 10 AM.

Perhaps most exciting of these events will be the NYC premiere of Brian Eno's audio-visual installation 77 Million Paintings which is generative software that creates morphing patterns and images. The installation, which be be at Cafe Rouge, will also features an "illustrated talk" on May 6.

James Murphy will head a nine-hour, multiroom show at Grand Prospect Hall in Brooklyn on May 29 as part of DFA's 12th Anniversary celebration. The event will feature 15 live acts and DJs from throughout the label's history. Look for a short documentary, 12 Years of DFA: Too Old To Be New, Too New To Be Classic, to premiere around the same time.

Also part of it will be Four Tet + friends at Webster Hall on May 8. Four Tet, who just released odds-n-sods album 0181 as a free download (stream it below) is celebrating the 10th anniversary of his landmark 2003 album, Rounds, this year with a deluxe resissue due out on Domino in May.

There's also "Drone Activity in Progress" which will happen at the Knockdown Center on May 2, featuring Stephen O'Malley of Sunn O))), Prurient, Alan Licht, and Body/Head (aka Kim Gordon and Bill Nace).

Other events including electronic music legend Giorgio Moroder in his first NYC DJ appearance; a talk with Bowie producers Tony Visconti and Nile Rodgers (maybe Eno will swing by?); Ryuichi Sakamoto and more to be announced. More info on RBMA is here.