Posehn posing with a Ghost and Scott Ian 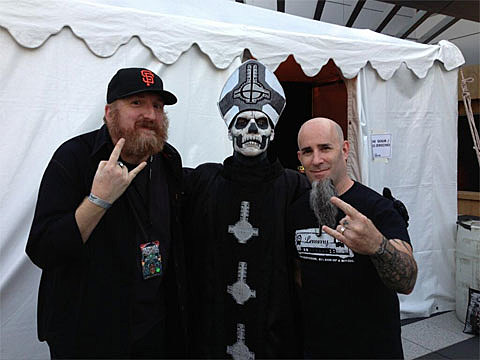 Heavy metal loving comedian Deadpool comic book writer Brian Posehn, who last year toured with Bob Odenkirk and David Cross, has a new batch of headlining shows scheduled including some on the east coat. Tickets for both Rhode Island (9/12 @ Fete) and Brooklyn (9/13 @ Knitting Factory) go on sale Friday (4/4) at 10am. A full tour hasn't been announced yet, but all the North American dates we know about are listed, along with Posehn's video for his Relapse-released "Metal By Numbers", below..