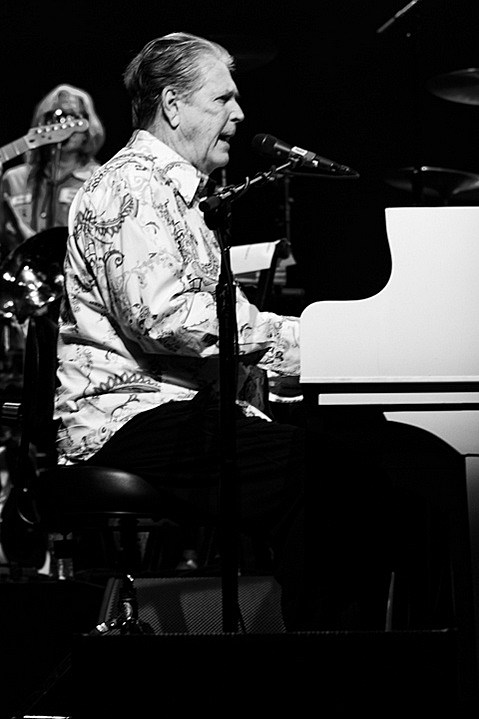 Beach Boy Brian Wilson was already scheduled to perform at NJ's State Theatre 2015 Benefit Gala in May, and he's now revealed a full tour to take place in the following months. It kicks off in California, brings him back to the NYC-area for a couple shows, and ends back on the West Coast in Seattle. The band for this run includes former Beach Boys Al Jardine and Blondie Chaplin. And in what should be a great double bill, storied singer Rodriguez will open on almost all dates (except Toronto).

The NYC-area shows happen June 30 at Nikon at Jones Beach Theater and July 1 at PNC Bank Arts Center. Tickets for those shows go on sale April 17 at noon.

Brian's new solo album, No Pier Pressure, is due out April 7 via Capitol, and the new biopic on his life will screen this month at SXSW. All dates are listed, with the lyric video for "The Right Time" from the new album, below...