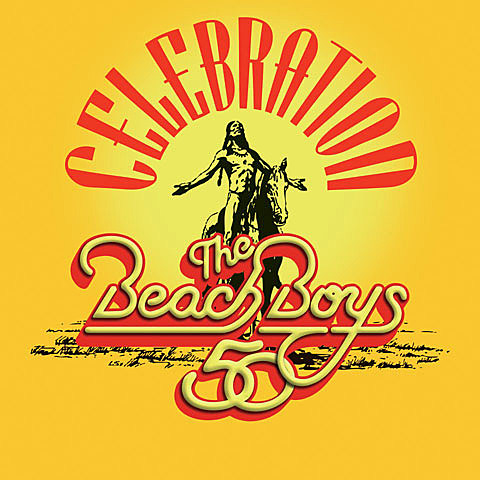 The founding members of The Beach Boys, one of the world's most legendary bands in popular music history, will reunite for a global 50th Anniversary CELEBRATION in 2012. Beach Boys Brian Wilson, Mike Love, Al Jardine, Bruce Johnston, and David Marks will come together for a new studio album and commemorative catalog releases with Capitol/EMI and a 50-date international tour to begin in April with a headlining performance at the New Orleans Jazz & Heritage Festival ("Jazz Fest") as well as other exciting events to be announced.

Brian Wilson says, "This anniversary is special to me because I miss the boys and it will be a thrill for me to make a new record and be on stage with them again."

Mike Love says, "We got together at Capitol Records and re-recorded 'Do It Again.' Brian and I wrote that song which went to number 1 in Great Britain, Australia and elsewhere some 44 years ago. Brian paid me a compliment saying, 'How can a guy sound that great so many years later?' Later on, while working out some harmonies on a new song Brian had written, I got a chance to return the compliment. It was a thrill to be around a piano again with Brian, Alan and Bruce and experience firsthand the brilliance of Cousin Brian's gift for vocal arrangements. I am very much looking forward to David Marks joining us and thrilling with his surf guitar licks. Music has been the unifying and harmonizing fact of life in our family since childhood. It has been a huge blessing that we have been able to share with the world. Wouldn't It Be Nice to Do It Again? Absolutely!"

Al Jardine says, "The Beach Boys were recently inducted into the California Hall of Fame. From our humble beginnings as brothers, cousins and friends, we have been honored to sing the praises of California, and I'm really excited for our fans to be able to see us again in concert on the world stage, and to celebrate our 50th anniversary together with a new studio album."

Bruce Johnston says, "I will be looking forward to singing Brian Wilson's melodies and Mike Love's lyrics once again in concert with many of the original band members, but imagine what we all could come up with vocally in a recording studio atmosphere under Brian's musical direction."

David Marks says, "I'm really looking forward to celebrating this important milestone in The Beach Boys' history with the other guys, and with Capitol Records - where it all began 50 years ago. It means a lot to me that we can all reunite and pay tribute to the fans who have kept the music alive."

The Beach Boys have already recorded several songs for their new album, to be released in 2012 by Capitol/EMI, with more tracks to be recorded before its completion. The as-yet-untitled album, the first to feature all of the band's surviving original members in decades, is being produced by Brian Wilson and executive produced by Mike Love.

The Beach Boys and Capitol/EMI have also teamed up for a 50th Anniversary campaign spotlighting the band's entire catalog, with several new commemorative releases planned for 2012, including a new hits collection and a career-spanning box set.

Roger Faxon, CEO of EMI Group commented: "It's no exaggeration to say that The Beach Boys are one of the greatest and most loved bands that the world has ever produced, and true American icons. We are incredibly proud to take this next step with them as our partnership enters its fiftieth year, and I can't wait to see the band back together doing what they do better than anyone else."

Colin Finkelstein, COO of EMI Music North America said: "We're honored to continue Capitol/EMI's historic partnership with The Beach Boys as they celebrate their fiftieth anniversary. The Beach Boys bring the best of California's sun and surf culture to people all over the world with their music, and we're really looking forward to working with the band on the new album and commemorative catalog releases - a real CELEBRATION of fifty years!"

Quint Davis, producer/director, New Orleans Jazz & Heritage Festival says, "It's an honor to present the original Beach Boys reunion at Jazz Fest 2012. Hosting the greatest artists of our era has always been the primary mission of Jazz Fest, and certainly The Beach Boys are unsurpassed as an iconic American musical and cultural institution. Every spring Jazz Fest is the number-one destination for good vibrations and fun, fun, fun; on April 27th, when The Beach Boys reunite on our biggest stage, it's going to feel like a thrilling homecoming for everyone lucky enough to be there. We're all looking forward to experiencing the magic and the joy."

Founded in Hawthorne, California in 1961, The Beach Boys were originally comprised of the three teenaged Wilson brothers: Brian, Carl and Dennis, their cousin Mike Love, and school friend Al Jardine. In 1962, neighbor David Marks joined the group for their first wave of hits on Capitol Records, leaving in late 1963, and in 1965, Bruce Johnston joined the band when Brian Wilson retired from touring to focus on writing and producing records for the group. For five decades, America's first pop band to reach the 50 year milestone has recorded and performed the music that has become the world's favorite soundtrack to summer.

The Beach Boys signed with Capitol Records in July 1962 and released their first album, Surfin' Safari, that same year. The album spent 37 weeks on the Billboard chart, launching the young group known for its shimmering vocal harmonies and relaxed California style into international stardom. The Wilson/Love collaboration resulted in many huge international chart hits, and under Brian Wilson's musical leadership, the band's initial surf-rock focus was soon broadened to include other themes, making The Beach Boys America's preeminent band of the 1960s.

In 1966, The Beach Boys were one of the first bands to found its own record label with the launch of Brother Records, Inc. (BRI), with the band's members as its shareholders and Capitol Records as its distribution partner. BRI continues to manage The Beach Boys' intellectual property, including the band's catalog with Capitol/EMI and other label partners, as well as its name, logos, image and likeness.

The Beach Boys continue to hold Billboard / Nielsen SoundScan's record as the top-selling American band for albums and singles, and they are also the American group with the most Billboard Top 40 chart hits (36). 'Sounds Of Summer: The Very Best Of The Beach Boys' is fast approaching triple-Platinum sales status, and 'The SMiLE Sessions,' released to worldwide critical acclaim in November, has been heralded as 2011's #1 Reissue of the Year by Rolling Stone magazine.

Inducted into the Rock and Roll Hall of Fame in 1988 and recipients of The Recording Academy's Lifetime Achievement GRAMMY Award, The Beach Boys are an American institution that is iconic around the world.