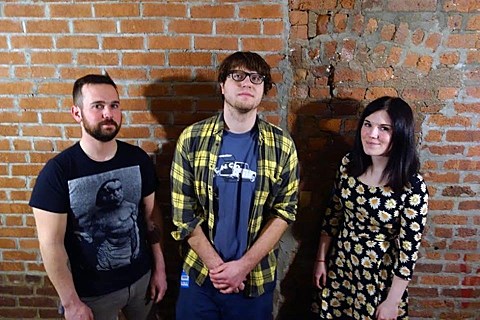 New Brunswick punk trio Brick Mower released their newest album, Teenage Graceland, this past march via Don Giovanni, and they've now made a video for its single "Shitty Parade." The video splices clips of the band playing the song in their kitchen with the members hanging out in a car, at the beach, and messing around in their backyard. It premieres in this post and you can watch it below.

Brick Mower only have one date scheduled at the moment: Brooklyn on August 22 at Death by Audio. Other bands TBA.