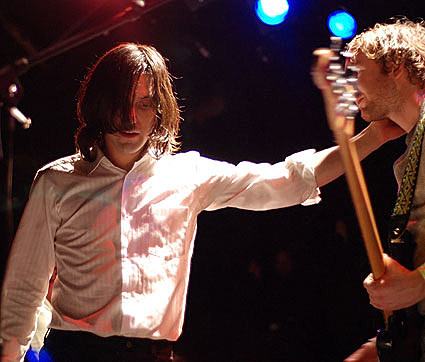 Bright Eyes played two shows at Bowery Ballroom in NYC this weekend - I was at the 2nd one on Saturdy March 3rd. I couldn't have been more excited that M Ward joined Conor on stage for something-like nine songs, but I also have to admit that the show was way better when it was just Bright Eyes & band - they seemed tighter and more-rehearsed. The worst was when Conor sang on one or two of M (Matt)'s songs - Matt just sings them so much better. That said, the show was great - especially because of the kick-ass fiddle and trumpet parts - there were lots of them. I was told they played every song off the new Bright Eyes EP (MP3s above). 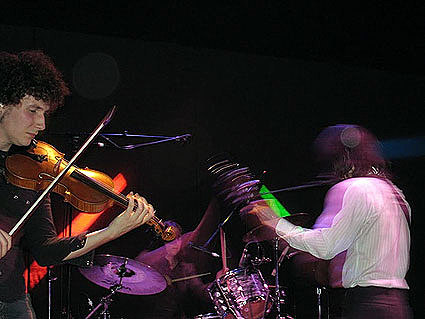