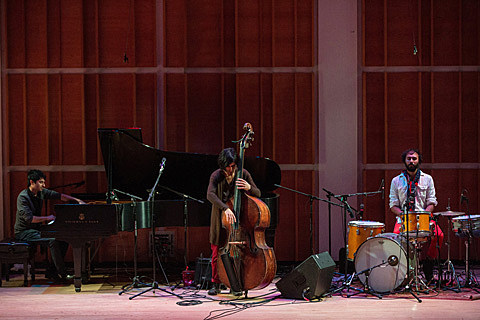 The Ecstatic Music Festival kicked off its 2014 season over the weekend with Hospitality & Face the Music on Friday (1/31) at the Greene Space, and then on Saturday (2/1), Dawn of Midi and Bright Wave performed at Merkin Hall. Pictures from Saturday are in this post. The first half of the show was electro-acoustic chamber music ensemble Bright Wave who performed three pieces written, respectively, by members Michi Wianckoall, Aaron Roche, and William Brittelle -- all of which were making their world premiere. They were then joined by the acoustic trio Dawn of Midi and the combined groups performed "Kanye Demands A Son." The evening finished with Dawn of Midi performing their new album, Dysnomia, in full.

Next up at the Ecstatic Music Festival is Lesley Flanigan and People Get Ready at Merkin Hall on February 19. Tickets for that show are still available. More pics from Bright Wave / Dawn of Midi below... 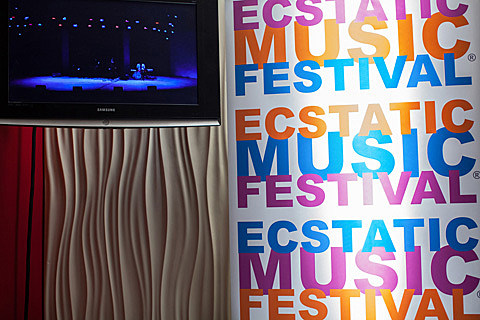 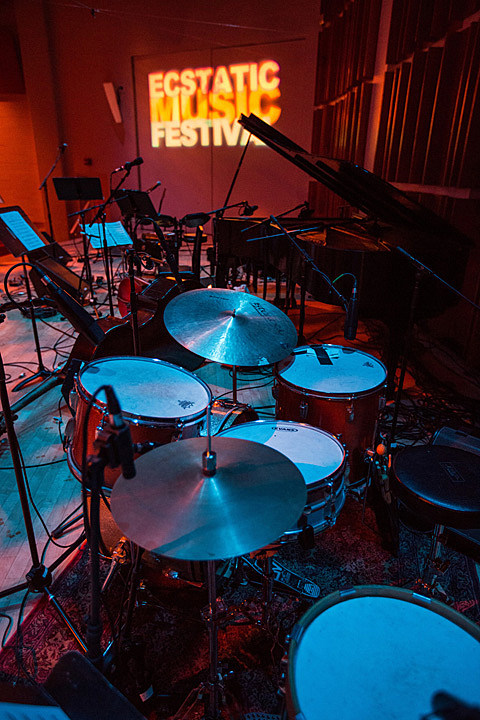 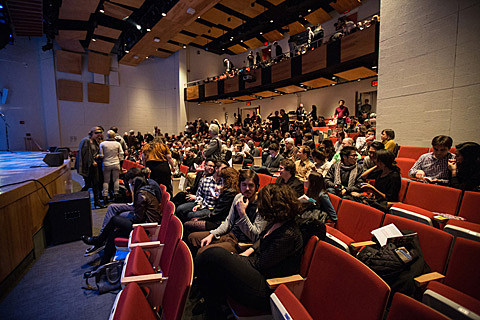 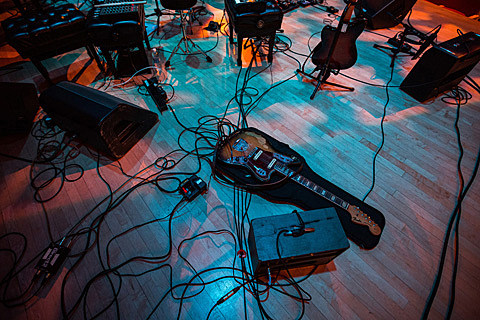 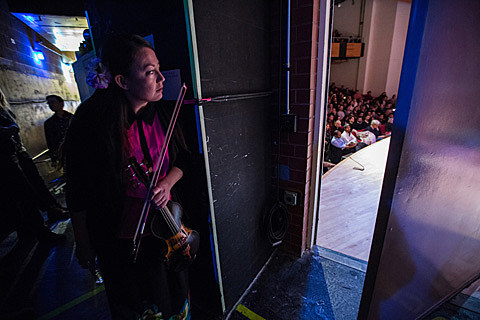 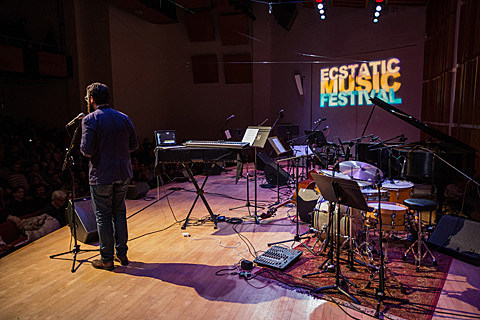 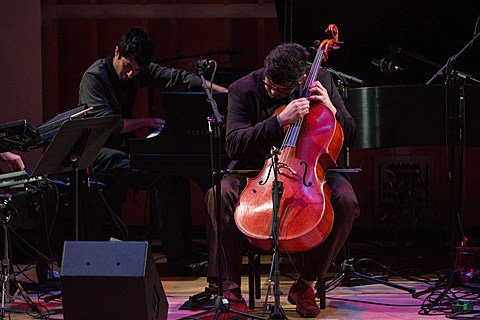 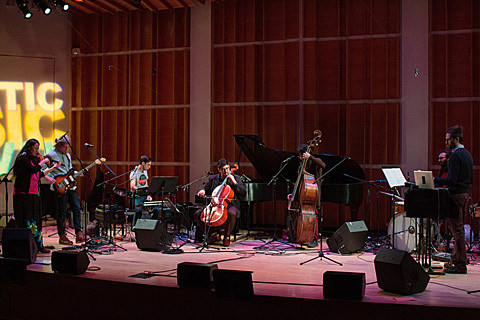 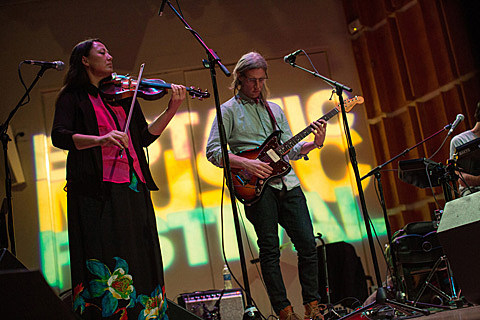 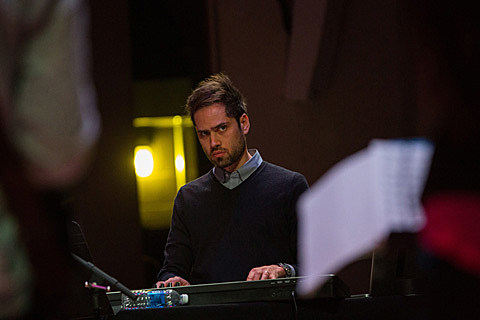 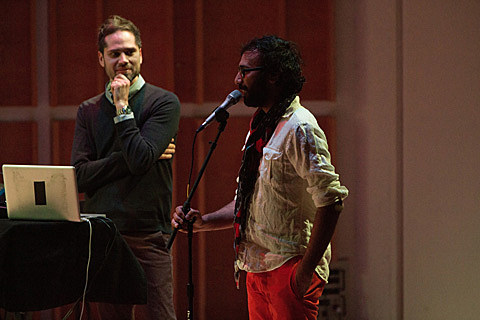 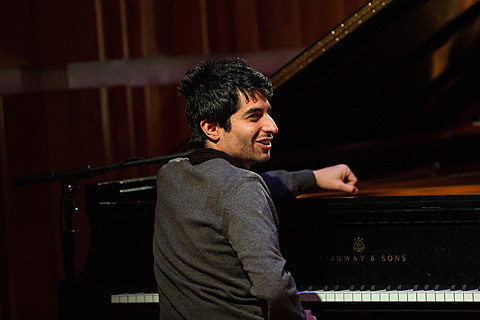 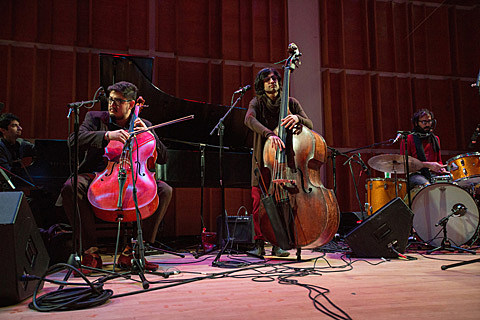 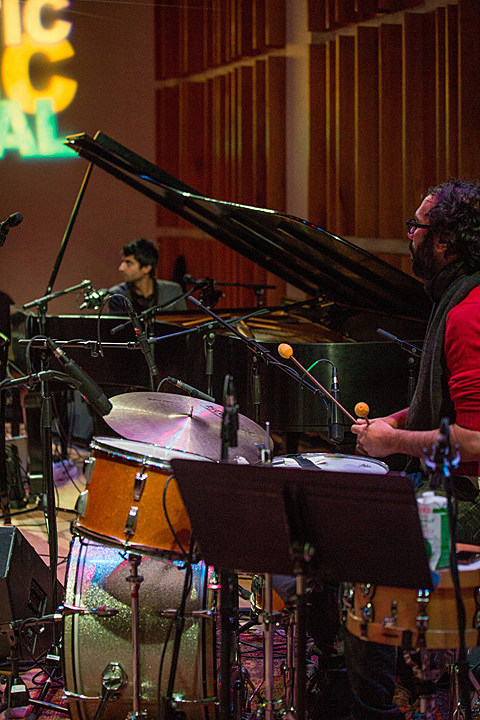 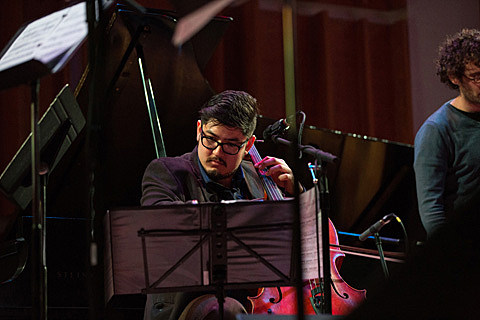 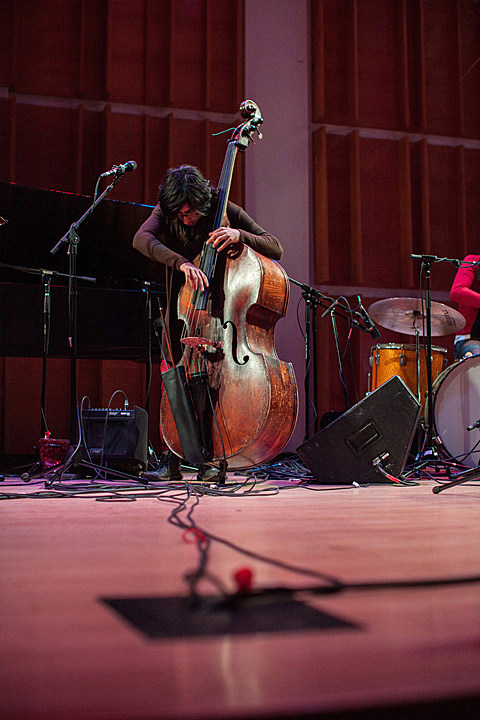 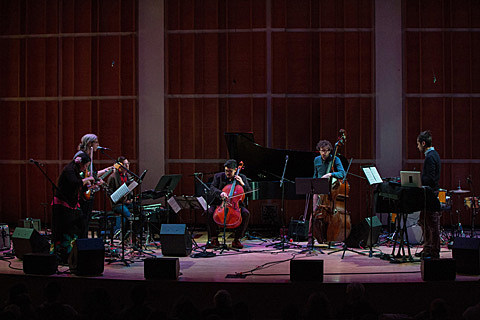 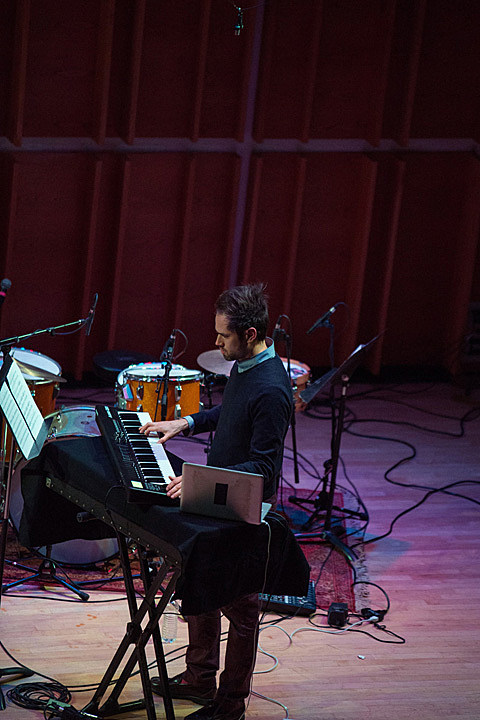 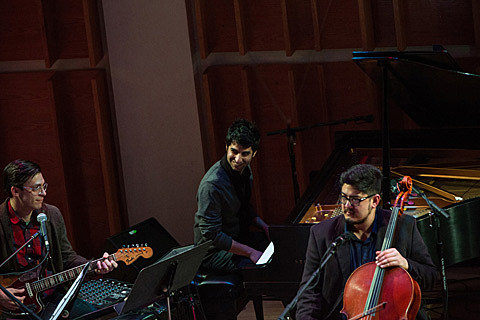 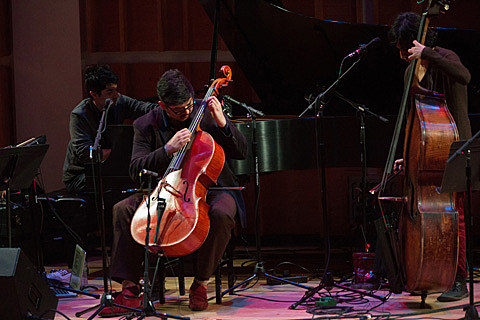 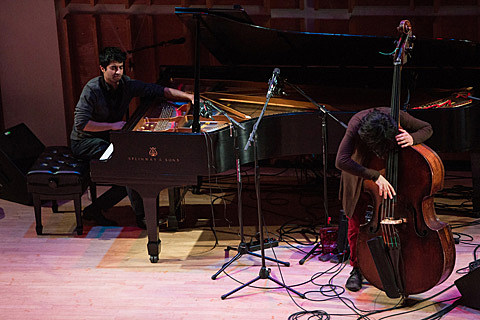 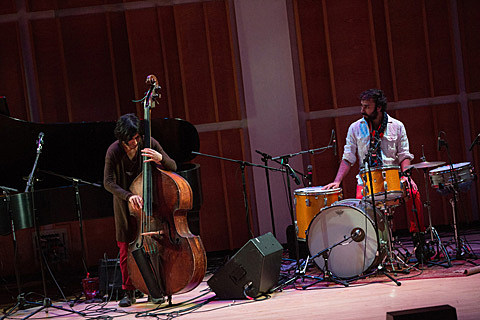 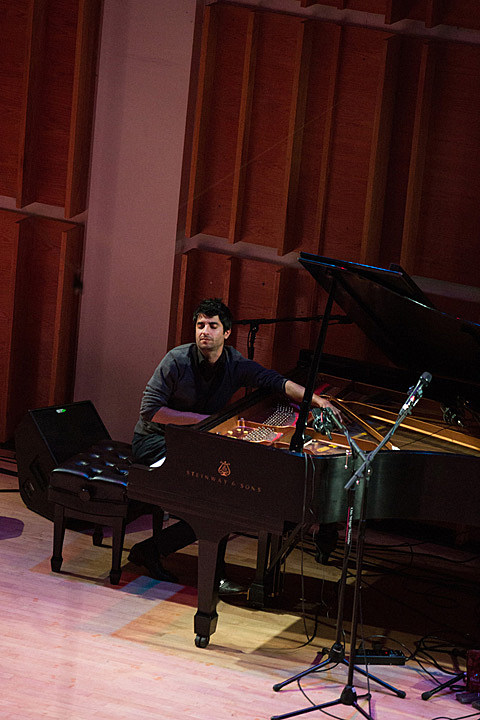 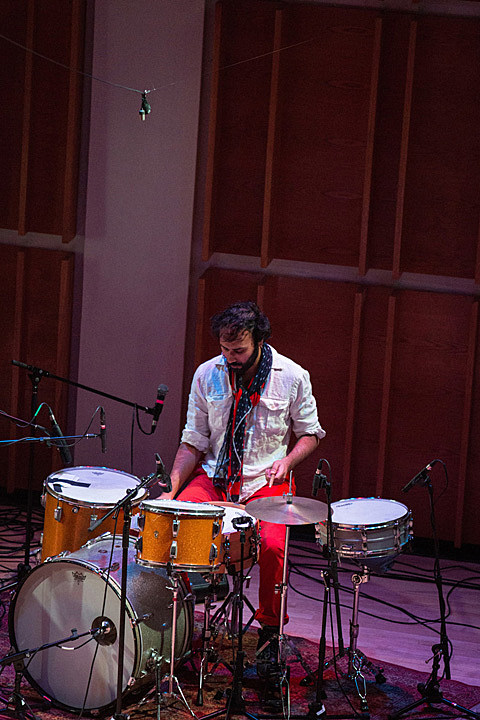 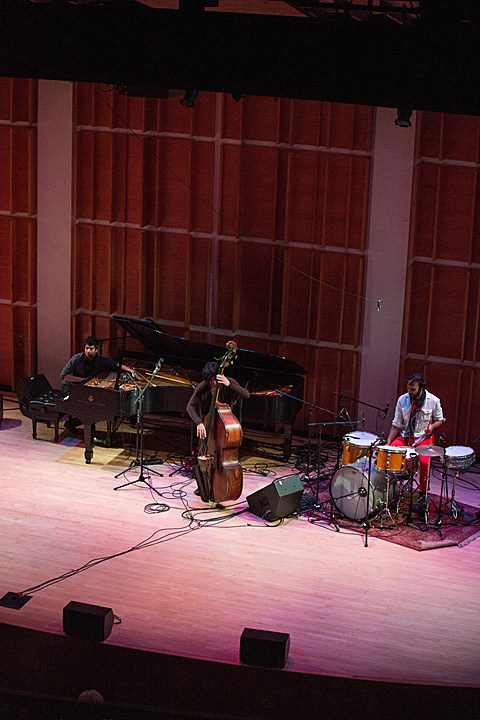 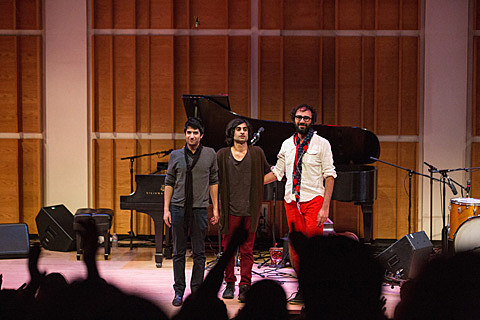 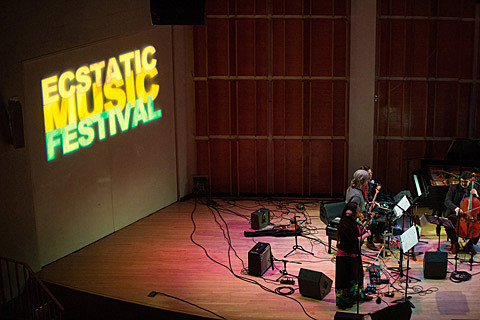