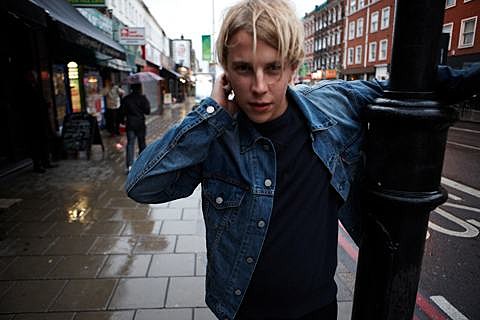 Chichester-born musician Tom Odell caught the songwriting bug early - he's been penning original material since the age of 13. Now 22, Odell has built up a sizeable fanbase, making his TV debut in 2012 on Later... with Jools Holland.

As one of the three artists contending for the Brit Awards' Critics' Choice Category for 2013, it's clear that Odell is already making the right moves in front of the tastemakers that matter. Signed to Columbia, he's drawn attractive comparisons to the late Jeff Buckley; but his man-at-piano posture is also evocative of Chris Martin shorn of Coldplay's rousing roar.

Odell's material to date has veered from strikingly stripped-back troubadour tales to songs that are more work-in-progress than finished product. But given this is a man who signed a deal after just four gigs, a little room for growth is to be expected - as is a considerable blossoming of his popularity. - [BBC]

Tom Odell was on the "longlist" for the BBC's Sound of 2013 Poll (which was won by HAIM). He didn't make the shortlist, but he did just win the Critics' Choice Award from the Brit Awards. He's the first male artist to win this award, which has been previously given to Adele, Emeli Sandé and Jessie J. Writing songs since age 13, Odell released his debut EP, Another Love, last year and you can stream some of it below. Fans of anthemic piano pop (Coldplay, Keane, Ed Harcourt) will want to check this out.

You can check Odell out live too, as he's heading to North America for a few shows next week, including on in NYC at Pianos on January 24 with opener St Claire. Tickets are on sale now. All tour dates, plus a few videos, are listed below.