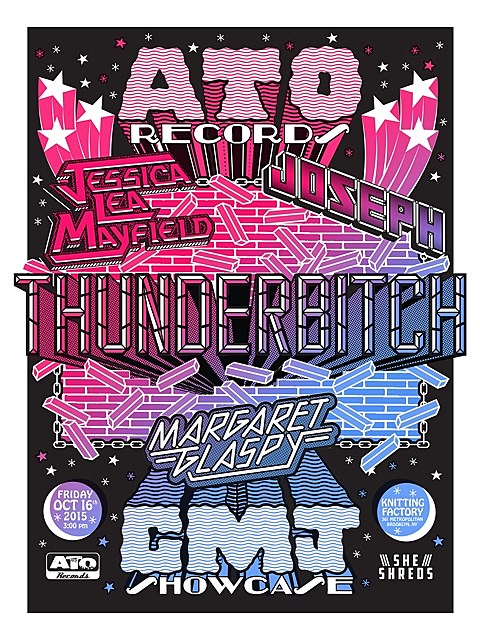 ATO Records are throwing a CMJ showcase on Friday (10/16) at Knitting Factory. It's an afternoon show (3 PM start) and it's totally FREE with priority going to badgeholders if the venue hits capacity.

The lineup was initially announced with Jessica Lea Mayfield, Joseph, Margaret Glaspy and "very special guest" headliners but it's now revealed that those headliners are Thunderbitch, the other band of Alabama Shakes singer Brittany Howard. It's a very rare show for Thunderbitch (it follows a one-off from back in 2012) and a much smaller venue for Brittany Howard than the ones she's been playing with Alabama Shakes.

Caitlin Rose is also listed on CMJ's website, but she is no longer playing the Brooklyn show. 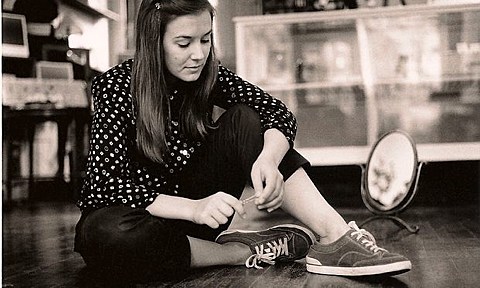 BV readers might be familiar with Jessica Lea Mayfield, but recent ATO signees Joseph and Margaret Glaspy may be new to you. NYC-via-California singer Margaret Glaspy's planning to release her debut album in the spring of 2016, and as the two demos she's posted show, she makes raw early '70s-inspired folk. Joseph, meanwhile, is a trio of sisters from the Pacific Northwest who make harmony-laden folk, and they're also planning their debut album for spring/summer 2016. You can watch Joseph's recent ATO session video and stream Margaret's demos below.