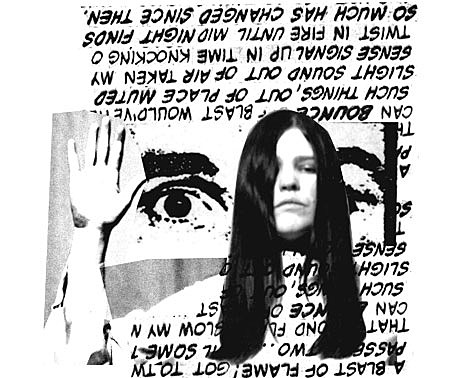 This fall, Atlanta's Atlas Sound and Birmingham, England's Broadcast are teaming up for an extensive North American tour. Both groups have new material surfacing this year - an EP from Broadcast, to be released on Warp in conjunction with the tour in October, and a new Atlas Sound album to be released this fall on Kranky.

This will be Broadcast's first tour in North American since 2005, and their sets will be a stripped down, 'duet' of sorts, with Trish Keenan and James Cargill performing new work as well as Broadcast classics. Speaking about the new material, Trish had the following to say: "Okay people...Broadcast and The Focus Group have joined hands to create a new ep of seancing songs and witch cult rumbles"

The co-headlined tour will see both bands trading off set times, with The Selmanaires taking the opening slot each night.

The previously announced Brooklyn show (10/21) is now on AmEx presale. The show happening one night earlier at Le Poisson Rouge in Manhattan is also on sale.

The tour ends at Fun Fun Fun Fest in Austin on November 8th. All dates below...