"After last week's tsunami attacks & Thursday's brawl at Brooklyn Vegan, I'll label my SXSW a success based on stopped on the street kudos." - Brody Stevens 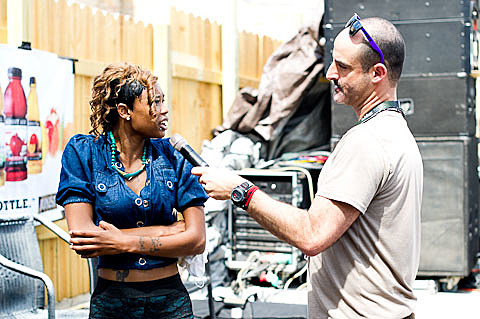 "...we somehow got in the cross hairs of a drunk guy (thank you open bar) assaulting the Brooklyn Vegan party hypeman, who in turn, beat the shit out of the guy we were affectionately referring to as "Aaron Neville" at the time. In any case, he was a good comedian, despite getting ejected from his own gig - check him out on twitter @AllThingsBrody" [robotanists]

As advertised, comedian Brody Stevens hilariously hosted the heck out of our Thursday day party at Swan Dive and Barbarella, and he would have hosted even longer if he hadn't been ejected from the venue for taking justice into his own hands after an audience member grabbed his mic out of his band and threw it. The Strokes, DFA1979, OMD & Ben Weasel all had highly advertised drama happen at SXSW shows, but Brody Stevens was responsible for my own craziest SXSW 2011 story.

A few more pictures from his pre-brawl sets, Dominique Young Unique (who performed) and Har Mar Superstar (who was just there hanging out) included, below... 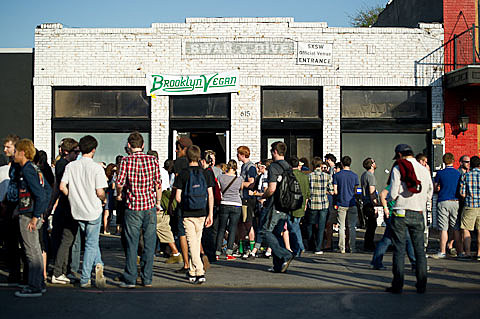 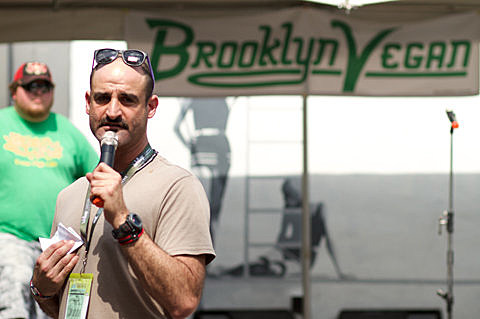 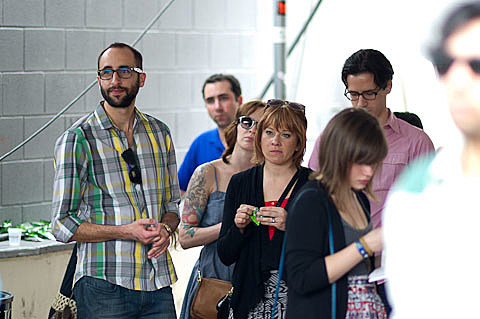 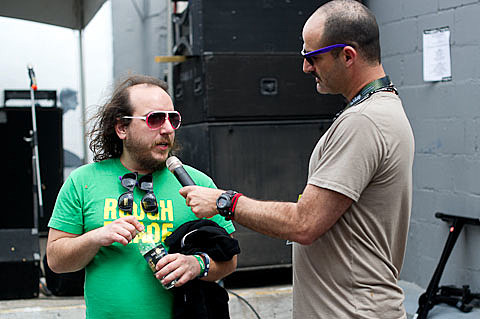 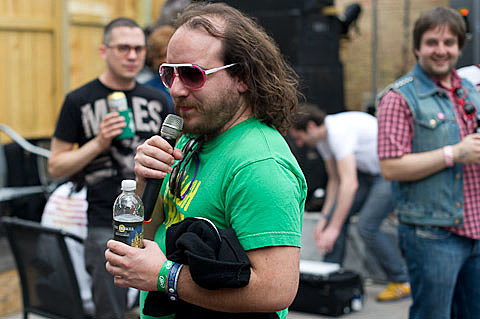 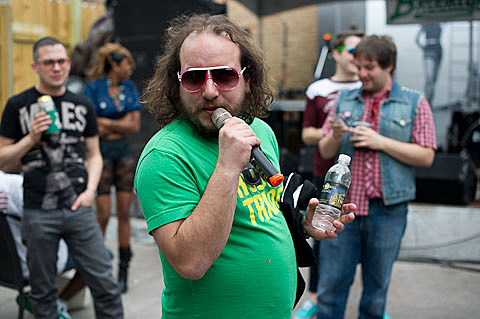 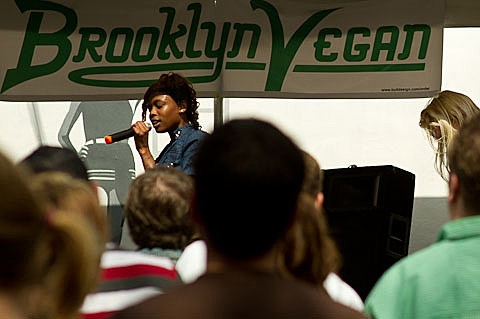 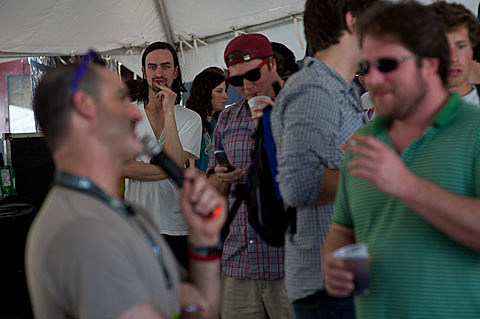 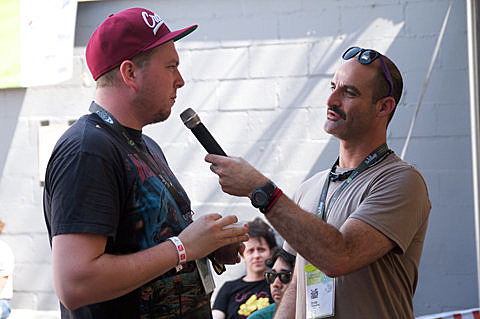 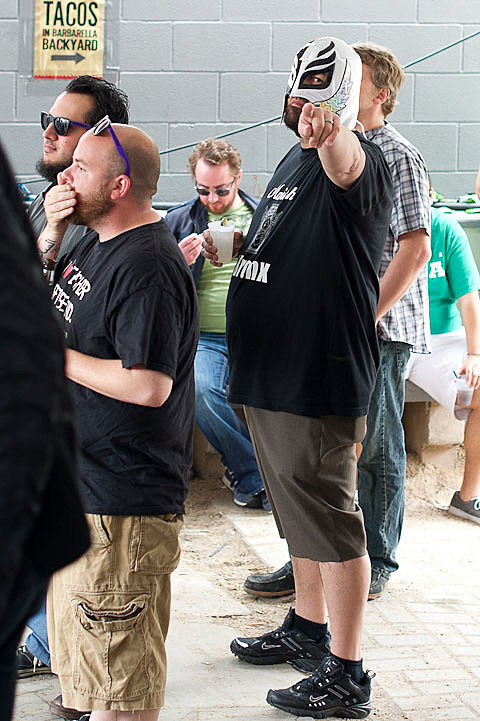 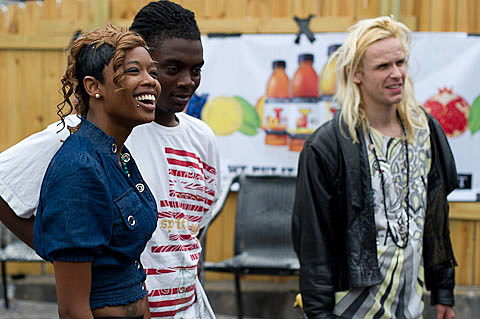 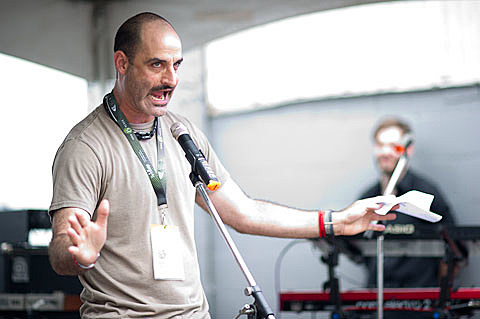 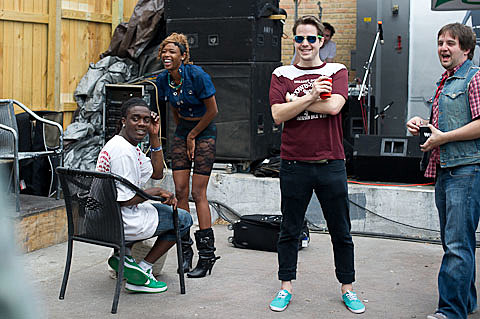 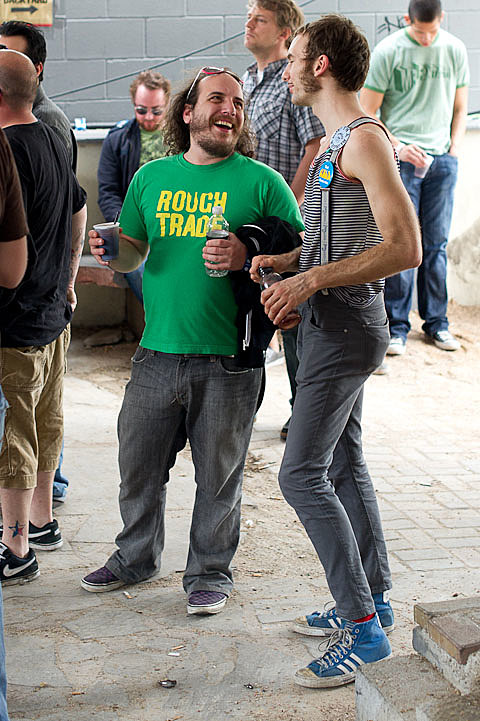