Broken Bells at Irving Plaza in 2010 (more by Alexander Stein) 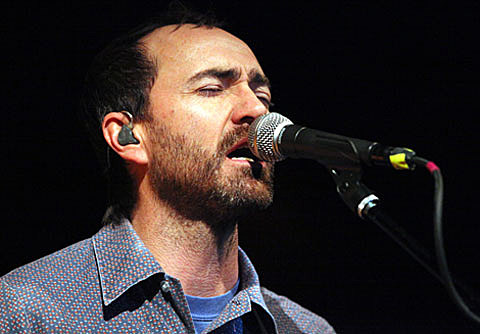 Broken Bells, the collaborative project of James Mercer (The Shins) and Danger Mouse (Gnarls Barkley, The Grey Album, etc), are returning with a new album, After the Disco, in January via Columbia, and they've now announced a February/March tour in support of it. That tour hit NYC on March 7 at Webster Hall. Tickets for all shows go on sale Friday (11/22) at 10 AM, and presales, where available, start Wednesday (11/20) at 10 AM.

Au Revoir Simone are set to open on the entire tour. You can also catch them at their own hometown shows before then, including the previously discussed Brooklyn Night Bazaar (12/7) show with Spires, Groom, and Splashh; and a just-announced show happening on December 17 at Rough Trade NYC. Both of those shows are free.

All dates are listed, along with their new single, below...

Broken Bells - "Holding On For Life"