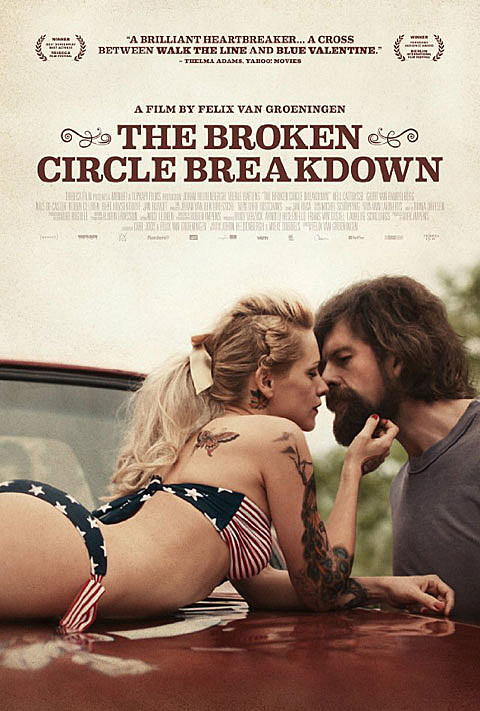 Elise (Veerle Baetens) and Didier (Johan Heldenbergh) fall in love at first sight. She has her own tattoo shop and he plays the banjo in a bluegrass band. They bond over their shared enthusiasm for American music and culture, and dive headfirst into a sweeping romance that plays out on and off stage -- but when an unexpected tragedy hits their new family, everything they know and love is tested. An intensely moving portrait of a relationship from beginning to end, propelled by a soundtrack of foot-stomping bluegrass, The Broken Circle Breakdown is a romantic melodrama of the highest order.

The Broken Circle Breakdown, which won awards at Berlin and Tribeca Film Fest, is opening in theaters around the country starting on November 1st at Sunshine in NYC. Check out the full list of theaters and release dates below.

Meanwhile, catch the movie before then and for FREE at Knitting Factory in Brooklyn on October 30. Like all BrooklynVegan free screenings at the Knit, seats are first come, first served. We set up seats, pull down the screen in front of the stage, and it looks and sounds great. Come join us. 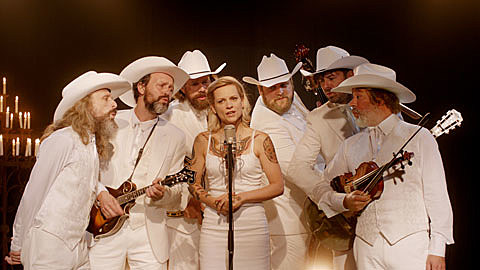 Speaking of how it sounds, the movie's original soundtrack, previously available in other countries, is now avaiable in the U.S. and streaming at Spotify...

iCheck out the full soundtrack track listing, along with the film's trailer and other screening locations, below...