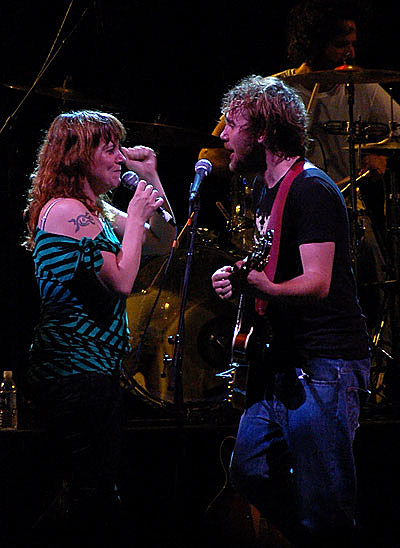 Who said Broken Social Scene were taking a break? Not only are they touring Europe through September 3rd, they start a U.S. tour with Do Make Say Think in Pennsylvania on October 18th. Jason Collett is also touring with Rogue Wave in September, and as previously reported, Amy Millan is playing a bunch of solo dates and recent Arts & Crafts signees The Dears and The Hidden Cameras are touring too. All dates below... 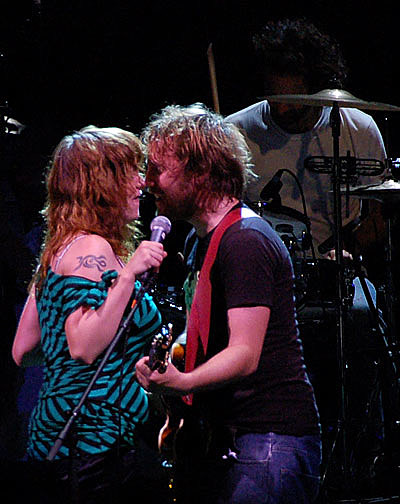 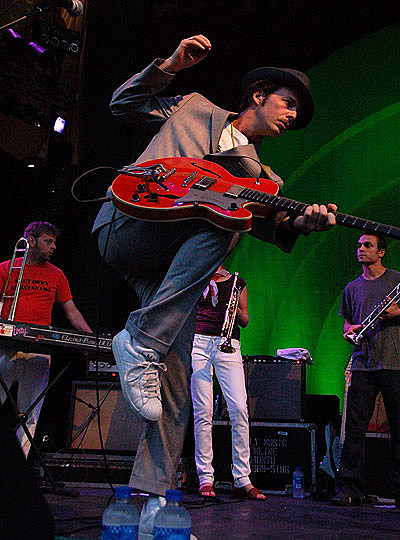 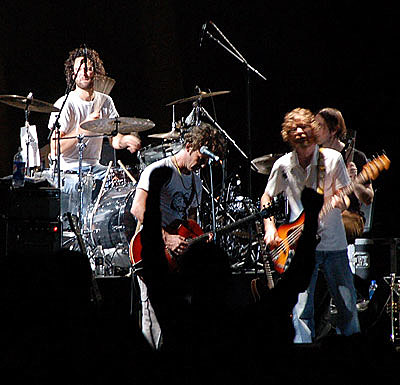 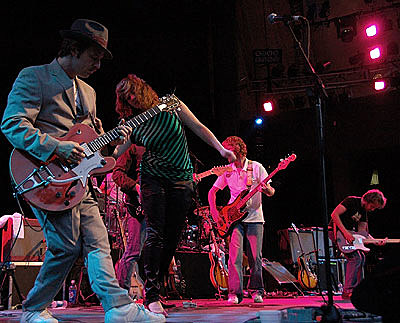 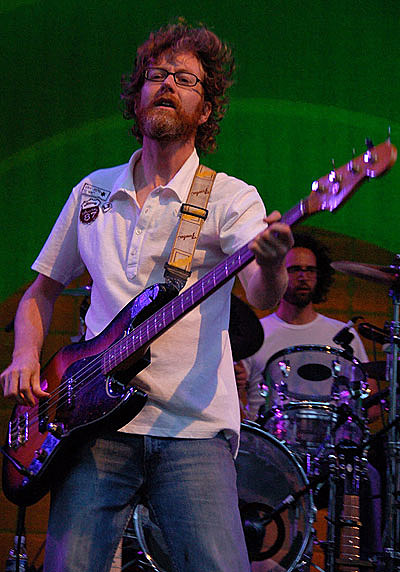 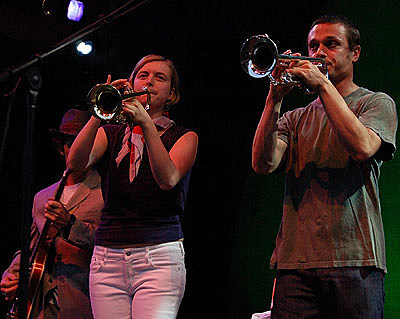 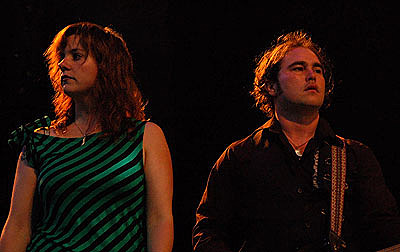 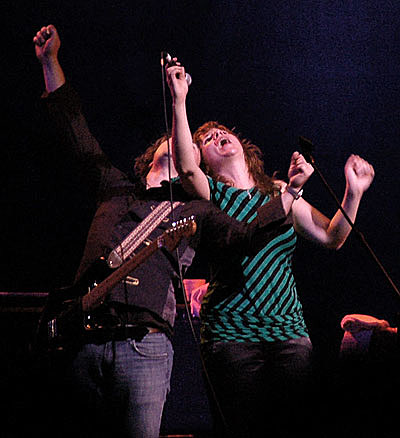 I haven't seen it, but I hear good things about the movie Half Nelson in which you can hear Broken Social Scene's music.

All photos in this post from Broken Social Scene's July performance in Prospect Park in Brooklyn, NY. (more & more)