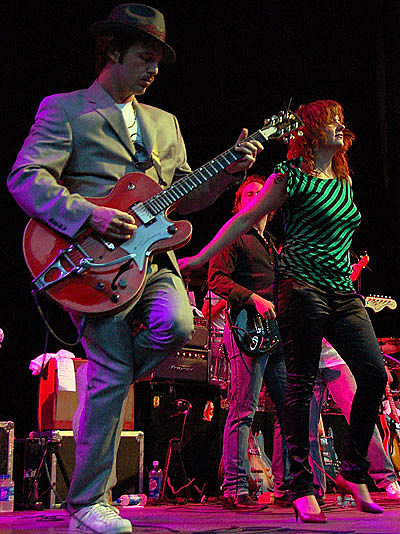 The high ticket price definitely kept people away from this one. Unlike the free TV on the Radio show a week earlier, you could barely tell there was a show going on as you walked up to the park. The gate around the venue deters most people from listening on the outside, and inside was probably only 1/3 full - about as many people that can fit in the seated area. That's still a lot of people, but a lot less than the place can hold. Feist, Emily Haines, and Jason Collett were absent. Stars' Amy Millan played head female vocalist. 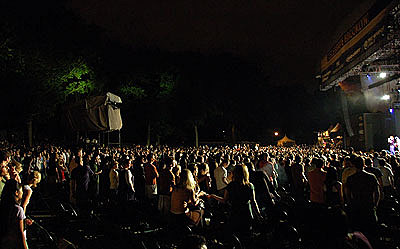 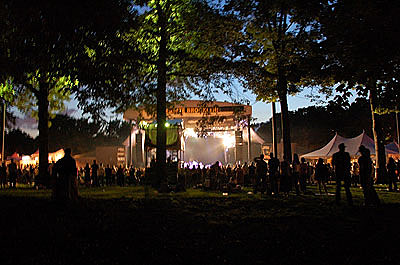 I think I've seen BSS too many times (yes, "wah", I know). I love them, but this show didn't add anything to the collective experience. I've heard Kevin Drew dedicate a song to the people who were at their first NYC show (at Northsix) more than once. The stage antics and songs all felt too familiar. Hearing music in the park is always a plus though. Maybe I should have checked out Mates of State instead.