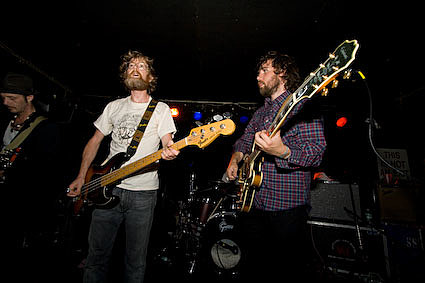 Real Talk: The show was a warm-up, a place to work out the kinks before they rock the big crowds of the Siren Festival on Saturday. At points it showed. The band had a few false starts and were definitely a little rusty, except for the "classics". 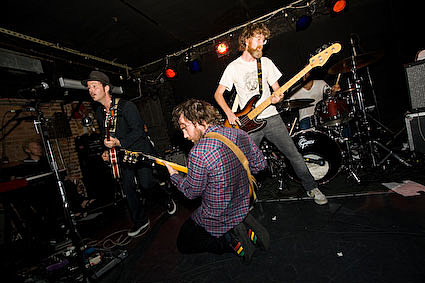 More Real Talk: It wasn't just just Brendan Canning, it was Broken Social Scene! At MERCURY LOUNGE. Clocking in at two hours. Seven band members plus a four piece horn section. 18 gazillion guitars (OK, at least 3 at any given time). Who can really complain about that?

The band was definitely loose, definitely working out the kinks, but definitely fun and HAVING fun as they cruised through five tracks from Brendan Canning's new record (due July 22nd), a Kevin Drew song, a handful of Broken Social Scene tracks, a few odds & sods, and one awesome Apostle Of Hustle track. The new Brendan Canning tracks come off much better in person, although I gotta say that Brendan's voice probably could have done with a hefty dose of effects that he used on Something For All of Us. All in all though, these are minor quibbles compared to how unbelievable it was to hear songs like KC Accidental (an audience choice) in Mercury Lounge.

The highlight for me was Andrew Whiteman and the VERY impromptu performance of Apostle Of Hustle's "National Anthem of Nowhere". So impromptu that his accompaniment, Brendan Canning on bass and Justin Peroff on drums, were obviously learning the song ON THE SPOT, and it worked like magic. I managed to catch Apostle Of Hustle during their residency at Mercury last year and last night's performance of it definitely felt more special. To me, Andrew Whiteman is the unsung hero of BSS; his effortless GQ-smooth solos elevated all the songs, ESPECIALLY "Cause = Time" with it's soaring solos.

Fellow Arts & Crafts (BSS's label) artist Gentleman Reg opened the show, as well as played in the BSS backing band. This was my virgin Gentleman Reg experience and his songs seemed simple and with potential, although kind of lost in the dull roar of the talky backs-to-the-artist crowd, especially considering his sparse guitar and drums arrangement. Gentleman Reg may require further investigation.

charles spearin (do make say think) is playing with the guys and debuted a part of a new project called "happiness," in which he interviews people about what makes them happy and then takes the pitches of their voices and turns them into music. very interesting and avant-guarde. they also had a horn section with them. i believe the most i counted on stage was 11 people, but for mercury that's ridiculous. they joked around and improvised a few bits of songs (one of which was a promise not to play madison square garden). the finale was chosen via audience vote (kc accidental) to which kevin responded, "you guys are living in the past!" the room was also about 120 degrees.

BSS Setlist and more photos below... 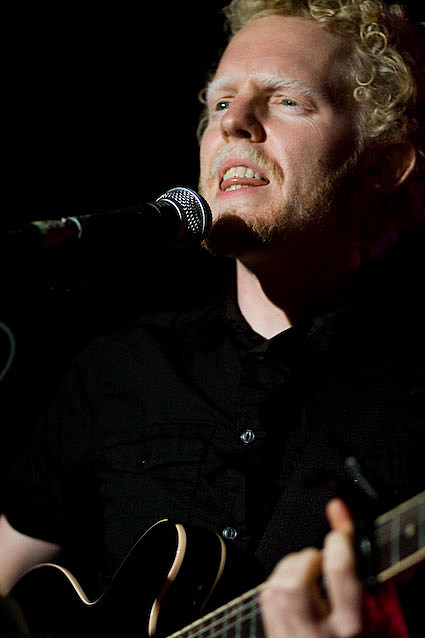 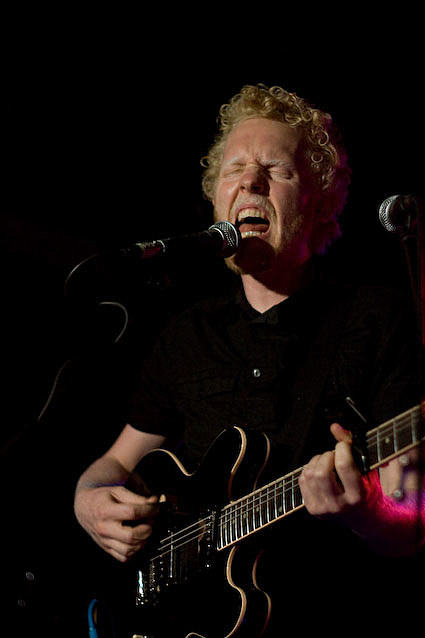 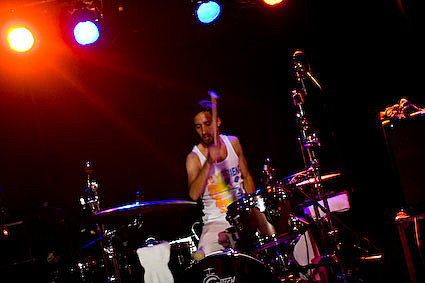 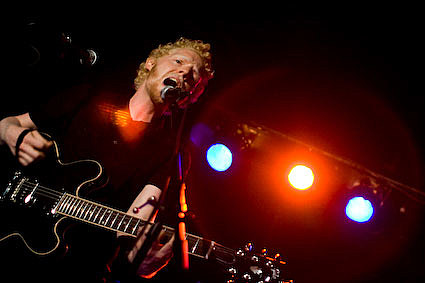 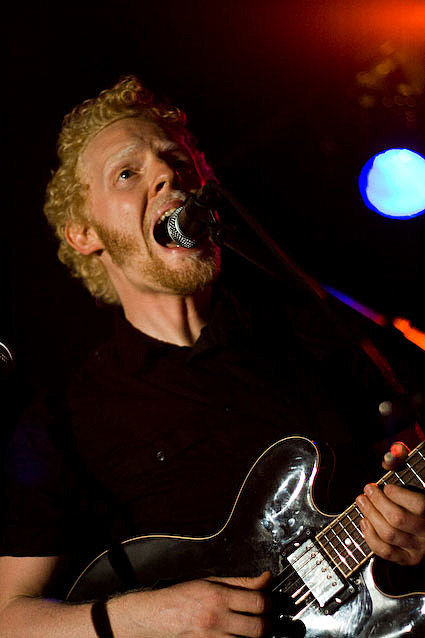 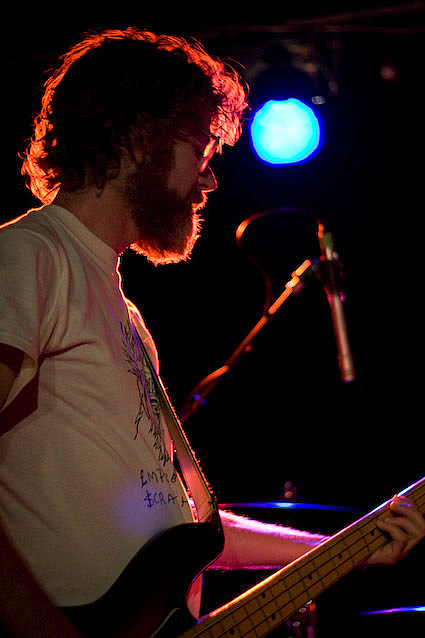 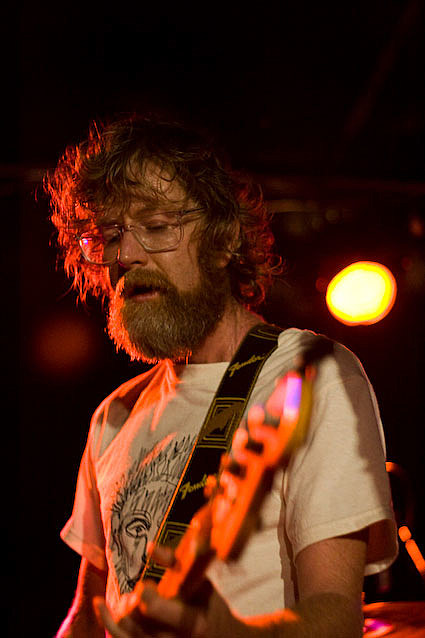 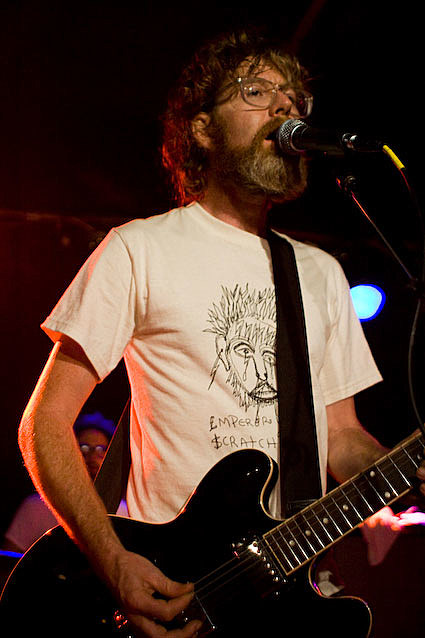 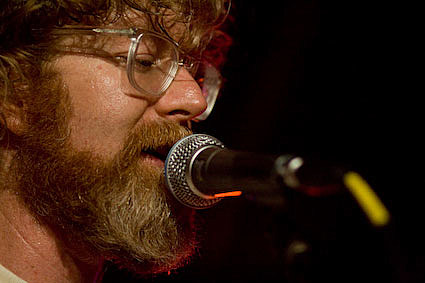 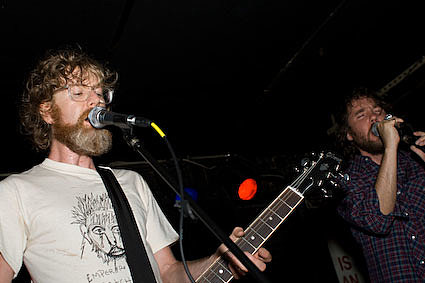 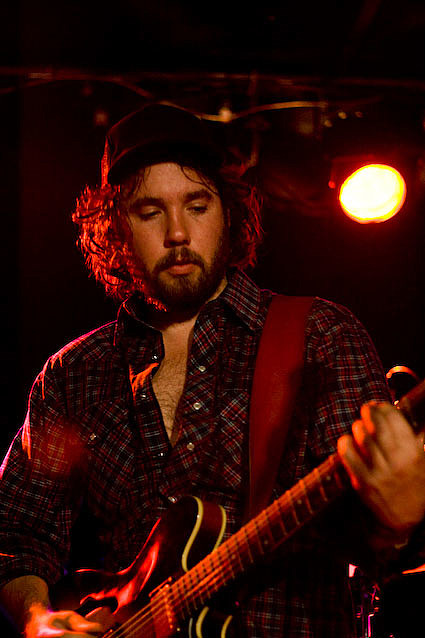 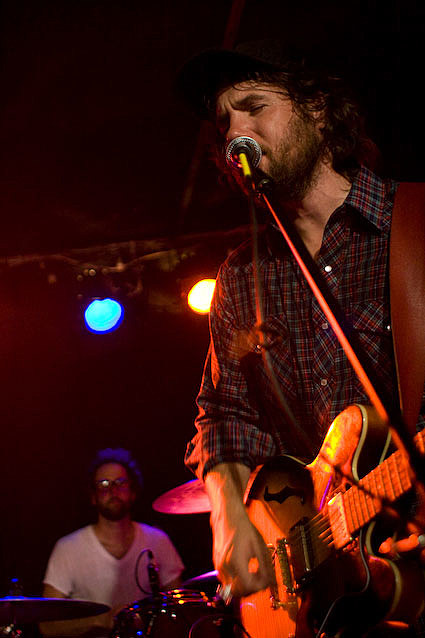 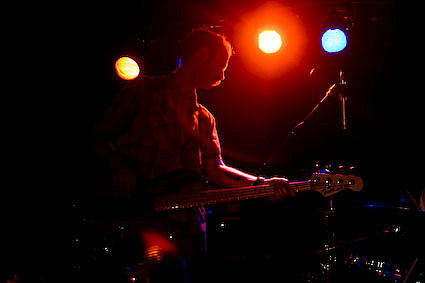 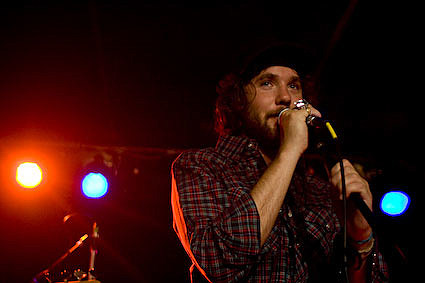 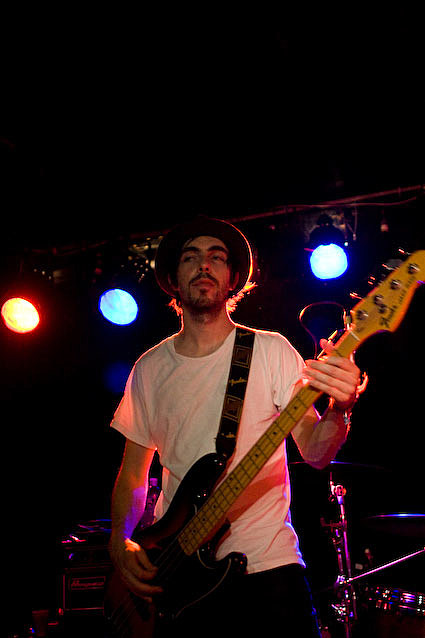 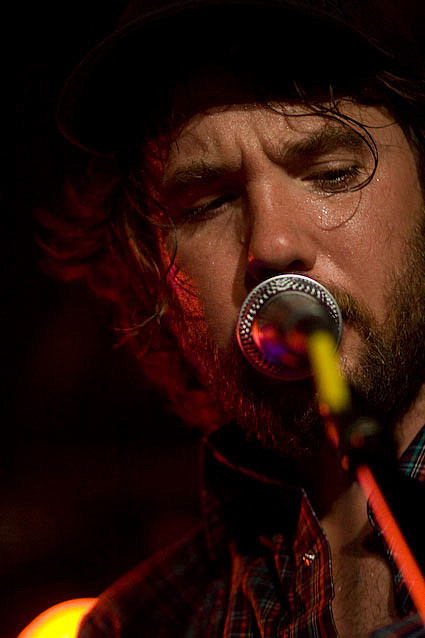 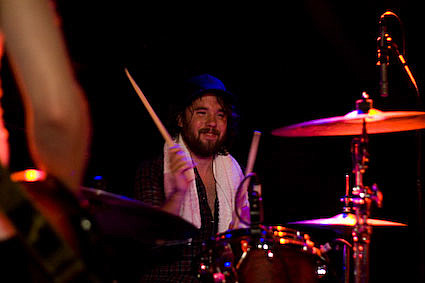 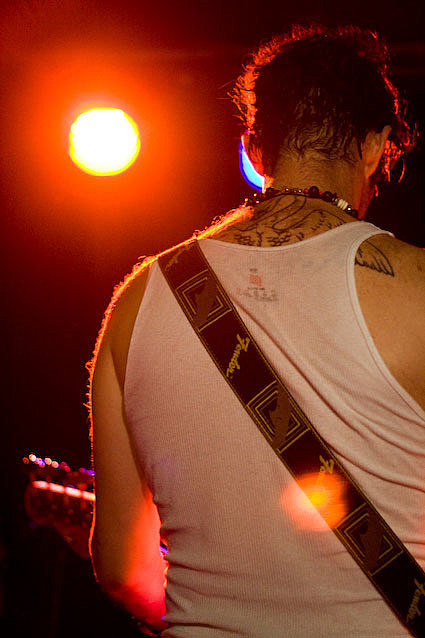 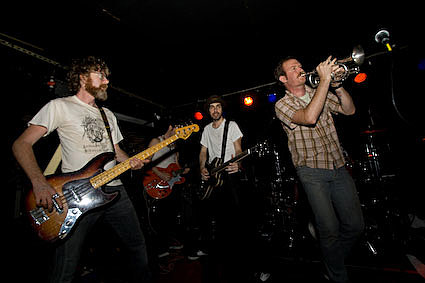 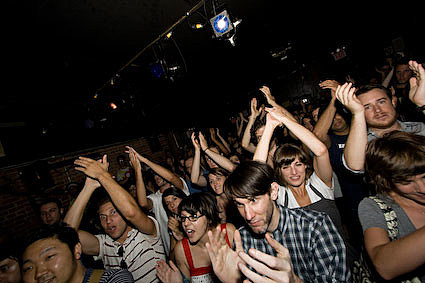 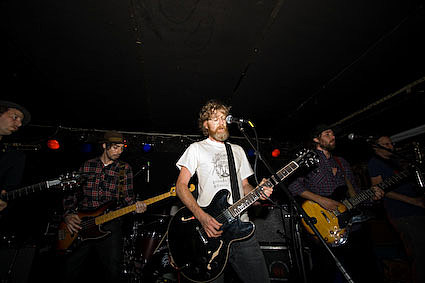