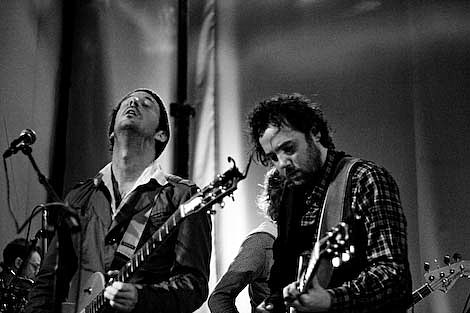 Broken Social Scene will be releasing their new, as-yet-untitled album on May 4th, 2010 on Arts & Crafts. Co-produced by the band and Tortoise's John McEntire at Soma Studios in Chicago, with additional recording at Giant Studio and The Schvitz Studio in Toronto, the new album is the follow up to their acclaimed self-titled record, released in 2005.

It's hard to believe that the last BBS record came out more than four years ago. The new album's release will be accompanied by a short set of tour dates in North America and Europe. One of those will be "An Evening With Broken Social Scene" at NYC's Webster Hall on May 7th. Tickets to that are on Arts & Crafts presale now. (as are tickets for their L.A. and San Francisco shows). NYC tickets go on general sale Saturday, 2/16 at noon.

Tickets for BSS's Toronto Centre Island (Olympic Island) show on June 19th are also on sale. Toronto Island Concert will be a full-day festival with Band of Horses and co-headlined by Pavement. More acts are TBA.

Pavement, whose reunion shows are slowly creeping up, recently released the tracklist of their best-of comp, Quarantine The Past: Greatest Hits 1989-1999, coming out March 9th on Matador. Tracklist, album art and updated tour dates are below. A remastered version of "Gold Soundz" from the comp is posted above.

All BSS tour dates, the credits for the new BSS record (which included Feist and Pavement's Spiral Stairs) and more info are below...

Founded ten years ago by Kevin Drew and Brendan Canning, Broken Social Scene very quickly established themselves as one of the most vital voices in independent music. Assembled by Drew, and made up of an assortment of musical friends, lovers, and strangers, the band emerged fully-formed from their hometown of Toronto in 2002. They were an instantly engaging energetic entity: a tightly-knit community bursting at the seams with talent, personalities, songs and many, many guitars. Their albums - which were recently regaled on many "Best of the Decade" lists for the 00's - were cinematic, critically-acclaimed splashes of concept and melody, marrying a dizzying onslaught of sounds with finely-crafted choruses. The band's ability to weave a plethora of voices, specific genre elements, and varied instrumentation into a postmodern aural pastiche launched them instantly onto the international stage. Between 2002 and 2009, Broken Social Scene was seemingly everywhere, touring from Mexico City to Moscow, winning Juno Awards, scoring acclaimed films like Half Nelson, making multiple appearances on late-night television shows, and more. Live, their shows were notoriously epic, cathartic affairs, sometimes lasting over three hours - the result of just wanting to keep playing. They made their own videos, created their own art work, and simply looked like they were probably having more fun together than any other band out there. As a group, or on their own, Broken Social Scene's members released some of the 00's most notable independent albums, predominantly from under the umbrella of their own label, Arts & Crafts, cementing their status as one of Canada's most important musical exports.

With their new album, the first Broken Social Scene record following the acclaimed Broken Social Scene Presents... series, Broken Social Scene decided it was time to try something new. As a core six-piece who had spent most of 2007 and 2008 on the road, Drew, Canning, Spearin, Whiteman, Goldberg and Peroff spent early 2009 working on new material in Toronto. The pairing down of the band's massive personnel list for the first time proved extremely fruitful; they created spacious songs written as a band by a band, resulting in more cohesive, melody-driven compositions than previous BSS output. They then decamped to Chicago, recording outside of Toronto for the first time, which allowed them to fully immerse themselves in the recording process. In producer John McEntire - a musical hero for many of the band's members - they found a fresh perspective on their own sound; this continued to fuel the creative process, resulting in nearly 40 songs written in and out of the studio, a number of which were put together as the first new Broken Social Scene record in five years. 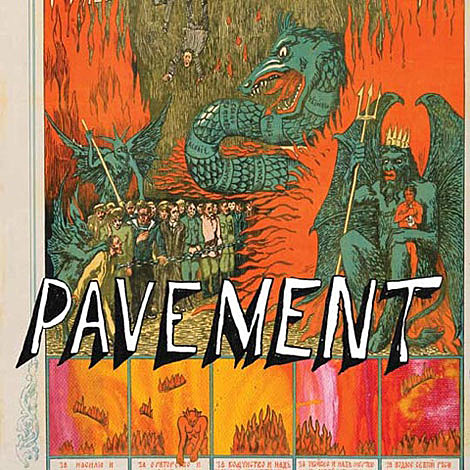