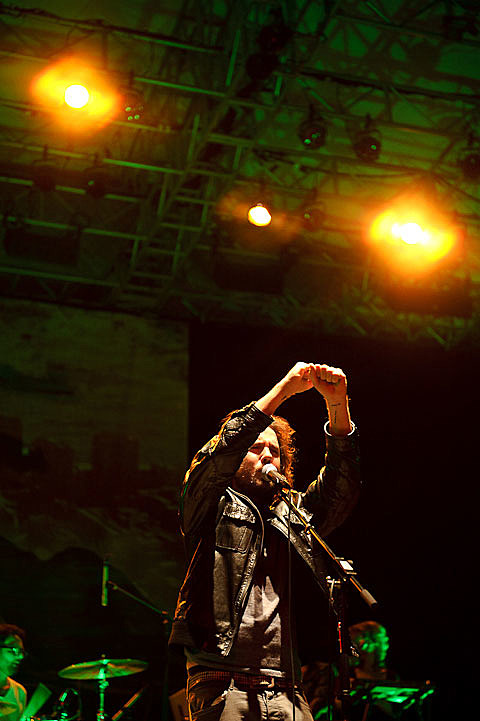 As you know, Broken Social Scene play Terminal 5 on January 18th with Here We Go Magic. Tickets are still available for all of you procrastinators, but for all of you agoraphobics (and people who just can't make it for one reason or another like maybe you don't even lve in NY) I have some great news. The entire show will be streamed live at 9PM EST, on the Bowery Presents Youtube channel.

The show is one of two upcoming dates for Here We Go Magic, who have also scheduled a secret show in Philadelphia, PA at an undisclosed location on 1/22 with NIGHTLANDS, Ape School, and Norwegian Arms. Keep your eyes on the Facebook invite.

In other Arts & Crafts-related news, Chilly Gonzales is scheduled to play Joes's Pub in NYC tomorrow (1/14), a one off for the composer/songwriter and his only current tour date. Tickets are still available. Chilly was in residence at the same NYC venue during February of last year.

Chilly Gonzales recently released a new video for "You Can Dance" from his 2010 LP Ivory Tower. That video and others, as well as all tour dates are below.

--
Chilly Gonzales - You Can Dance