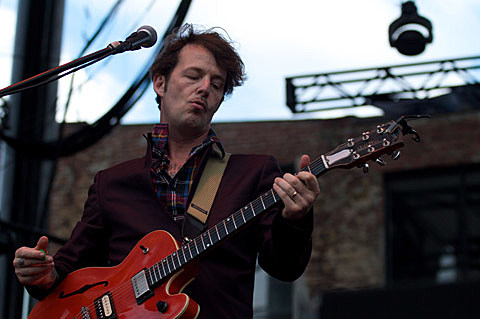 Broken Social Scene will be coming to NYC this week to perform on Late Night with Jimmy Fallon on Thursday (6/6), and they'll be performing with collaborator/sometimes BSS member Feist. They'll be playing the song "Almost Crimes" from You Forgot It In People, which Feist sings on.

After that, Feist will hang around NYC to play Governors Ball, which goes down on Randall's Island 6/7-9) this weekend (she plays on the Friday at 6:45 PM). Single day tickets for Governors Ball are still available.

Meanwhile, Broken Social Scene will be heading back to Toronto (and after Governors Ball, Feist will too) for FIeld Trip Music & Arts Festival, which happens on Saturday (6/8), and is in celebration of the tenth anniversary of Arts & Crafts, the label BSS is signed to and which was co-founded by BSS member Kevin Drew. In addition to being the tenth anniversary of Arts & Crafts, it's also the tenth anniversary of Broken Social Scene's breakthrough record, You Forgot It In People and it's been announced that the band will be performing the album in full at Field Trip. A short note from Kevin Drew about playing the album was posted to Field Trip's site. Tickets for the festival are still available.

Two days later, Toronto will be taken over by the SXSW/CMJ-like festival, NXNE. Tickets for NXNE are still available, and a limited amount of NXNE wristbands will be accepted at Field Trip. 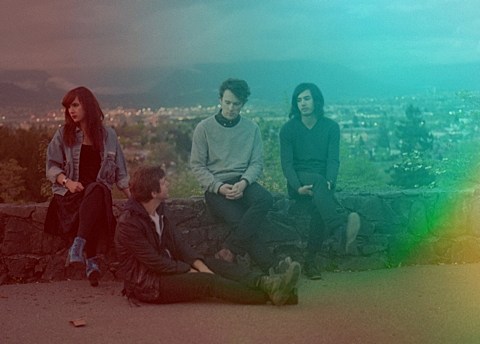 Vancouver electropop band Gold & Youth, who also play Field Trip, will kick off a North American tour after the festival. That tour brings Gold & Youth to NYC for a show on June 22 at Cameo with Superhumanoids and Gossamer. Tickets for that show are on sale now. All tour dates are listed below.

Gold & Youth released their hook-filled debut album, Beyond Wilderness, this past May. It was produced by Colin Stewart (New Pornographers, Pretty girls Make Graves) and should appeal to fans of fellow Canadians Austra, Diamond Rings and TRUST. You can stream the album in its entirety, album with the video for its single, "Jewel," below.