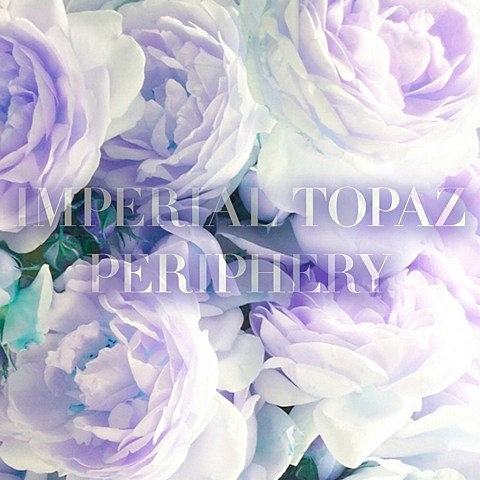 Brooklyn ambient art pop duo Imperial Topaz (aka Caroline Teagle and Zachary Zierden) surfaced at the beginning of 2012 with the "Angel of the Overpass" single and followed that with the Imperial EP and the "Moonlit Mind" single, both of which you can download for free at the top of this post, or stream below. They record for Tranquility Tapes, and like their labelmates, they've got a great knack for droning ambience, but Imperial Topaz also work in elements of dream pop and otherworldly psychedelia, creating an addictive sound that should appeal to fans of Julia Holter, Laurel Halo, or Keep Shelly in Athens.

In addition to their 2012 recordings, the duo just dropped a new song, "Periphery," this week which will appear on an upcoming split with Motion Sickness of Time Travel (who named their Imperial EP one of her favorite releases of 2012). The track continues right where they left off and also shows signs of a bright future. You can download that one above or stream it below too.

Imperial Topaz will make their live NYC debut at The Stone on February 3, as part of the Tranquility Tapes-curated series. They go on at 8 PM, followed by Hex Breaker Quartet at 10.

Imperial Topaz - "In The Waves"