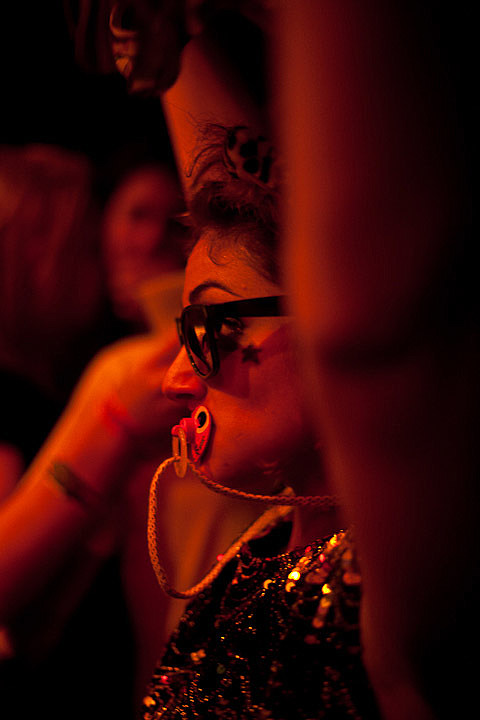 The Brooklyn Electronic Music Festival is here tonight (11/9) and Saturday (11/10), and since our last update, the full schedule has been revealed. They're no longer using Villain as one of the venues, but will be using 285 Kent instead.

Saturday's updates include Groundislava, Shlohmo, Salva, Lazy Brow, Jubilee, Wildlife!, Dre Skull, Dubbel Dutch, Fantasy Thrilla, and a special guest at Public Assembly; and Hussle Club and Body Language at Brooklyn Bowl. Those are in addition to the previously discussed sets by Nicolas Jaar, Lauren Flax, Nick Hook, and Heathered Pearls at Music Hall of Williamsburg; KI:Theory, FaltyDL, Benji B, and Pearson Sound at Cameo; and Baths, XXYYXX, Hiawatha, and Shadowbox at Glasslands.

Tickets for the festival are still available, including 2-day passes, 1-day passes for Friday (Saturday is sold out), and a special all ages ticket, which grants you access to tonight's 285 Kent stage (the rest of the venues are 21+).

Flyers with full lineups and set times are below... 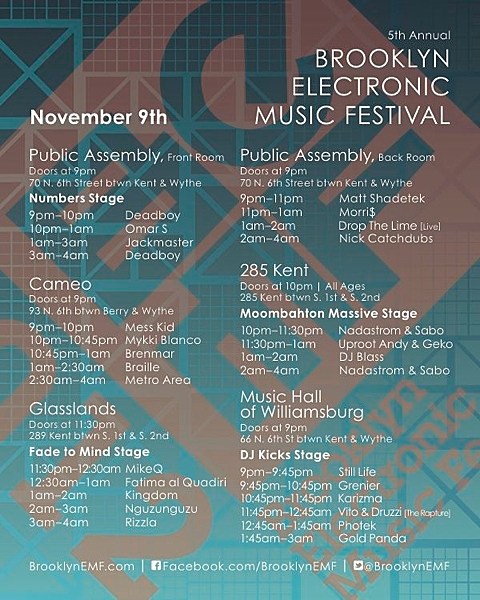 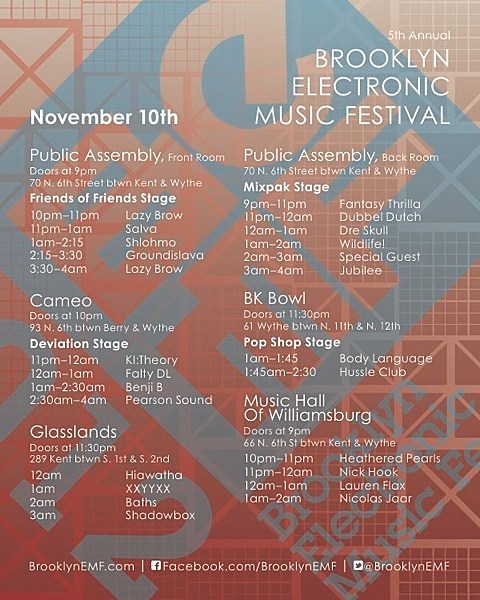