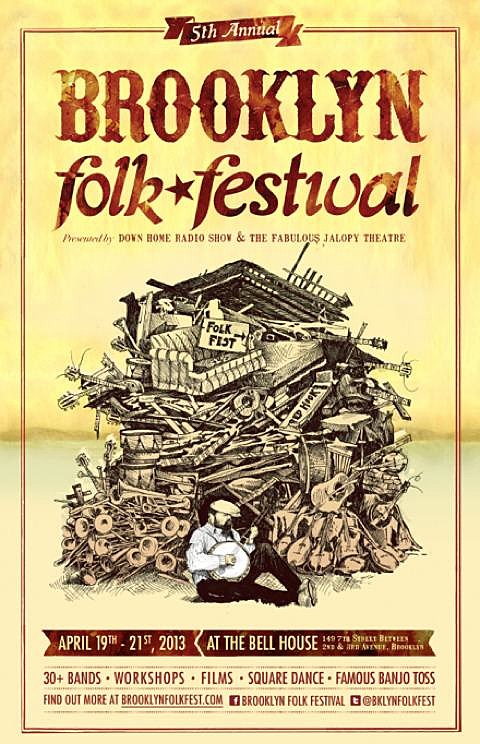 The 2013 edition of the Brooklyn Folk Festival starts a little earlier and in a new location this year, happening from April 19 - 21 at The Bell House and features, "the best in old-time string-band music, folk, blues, song writers, bluegrass, traditional Mexican, Irish and Balkan music, songwriters and much more!" The line-up for the 5th annual fest includes The Cactus Blossoms, Peter Stampfel and the Ether Frolic Mob, Jeffrey Lewis and many more. Tickets for individual shows and festival passes are on sale now, and the full day-by-day line-up is listed below.

10pm The Cactus Blossoms - Old school original Country music, all the way from Minnesota! Not to be missed.

10:45pm Alex Battles and the Whisky Rebellion - Brooklyn Country at its finest.

3:45pm Melody Walker and Jacob Groopman - Folk duet, all the way from California!

5:15pm Hunter Holmes - Blues and old time, direct from South Carolina! Not to be missed.

5:45pm Elijah Wald - Folk singer, all the way from Boston. Not to be missed!